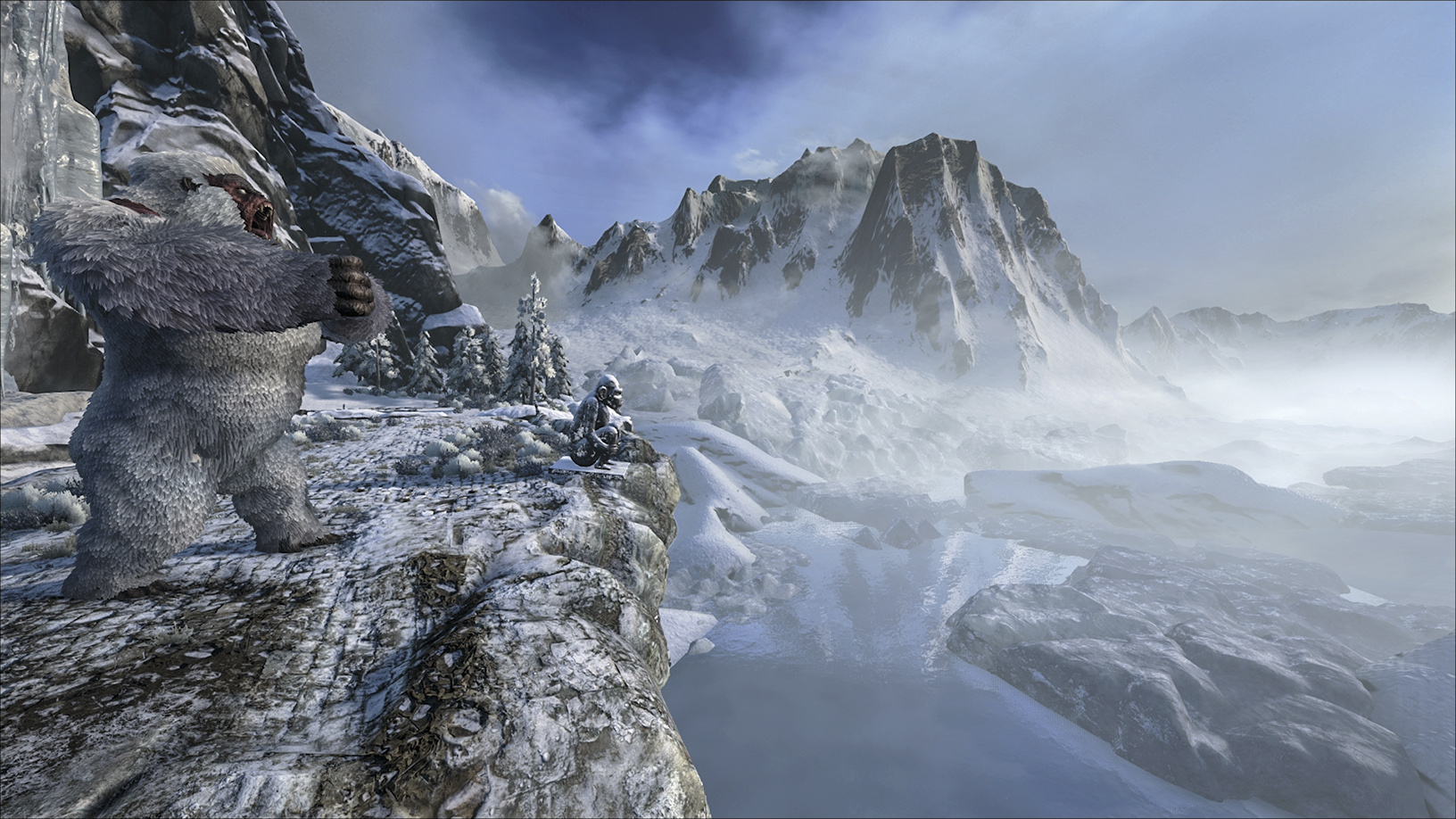 https://www.youtube.com/watch?v=1nQDec_x5f0
Exciting news Survivors! The Megapithecus makes their debut in ARK: Survival Evolved as players can now face off the mighty beast and it's army of giant apes and monkey minions

https://www.youtube.com/watch?v=1nQDec_x5f0
Exciting news Survivors! The Megapithecus makes their debut in ARK: Survival Evolved as players can now face off the mighty beast and it's army of giant apes and monkey minions in their epic snowy-mountain lair. Patch 240 also introduces the ever-so-friendly, team-player, Lystrosaurus, which can be pet to temporarily enable an xp-gaining buff around it, the frightening Arthropluera, a giant and ridable centipede possessing a devastating acid-spit and the high-quality, blood-draining, "Prime Fish" Sabertooth Salmon and an interesting and exciting new form of combat with the primitive Bolas! 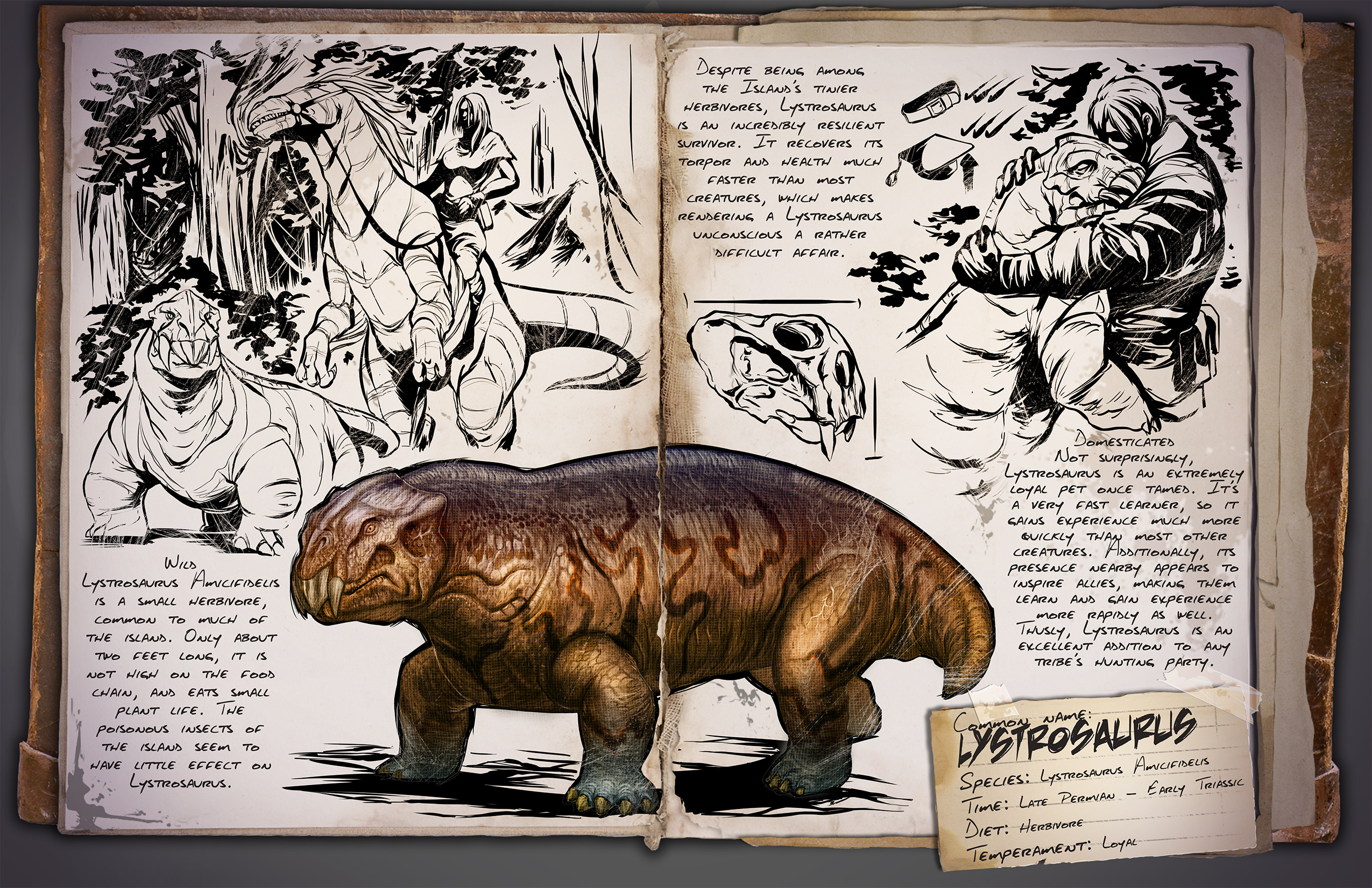 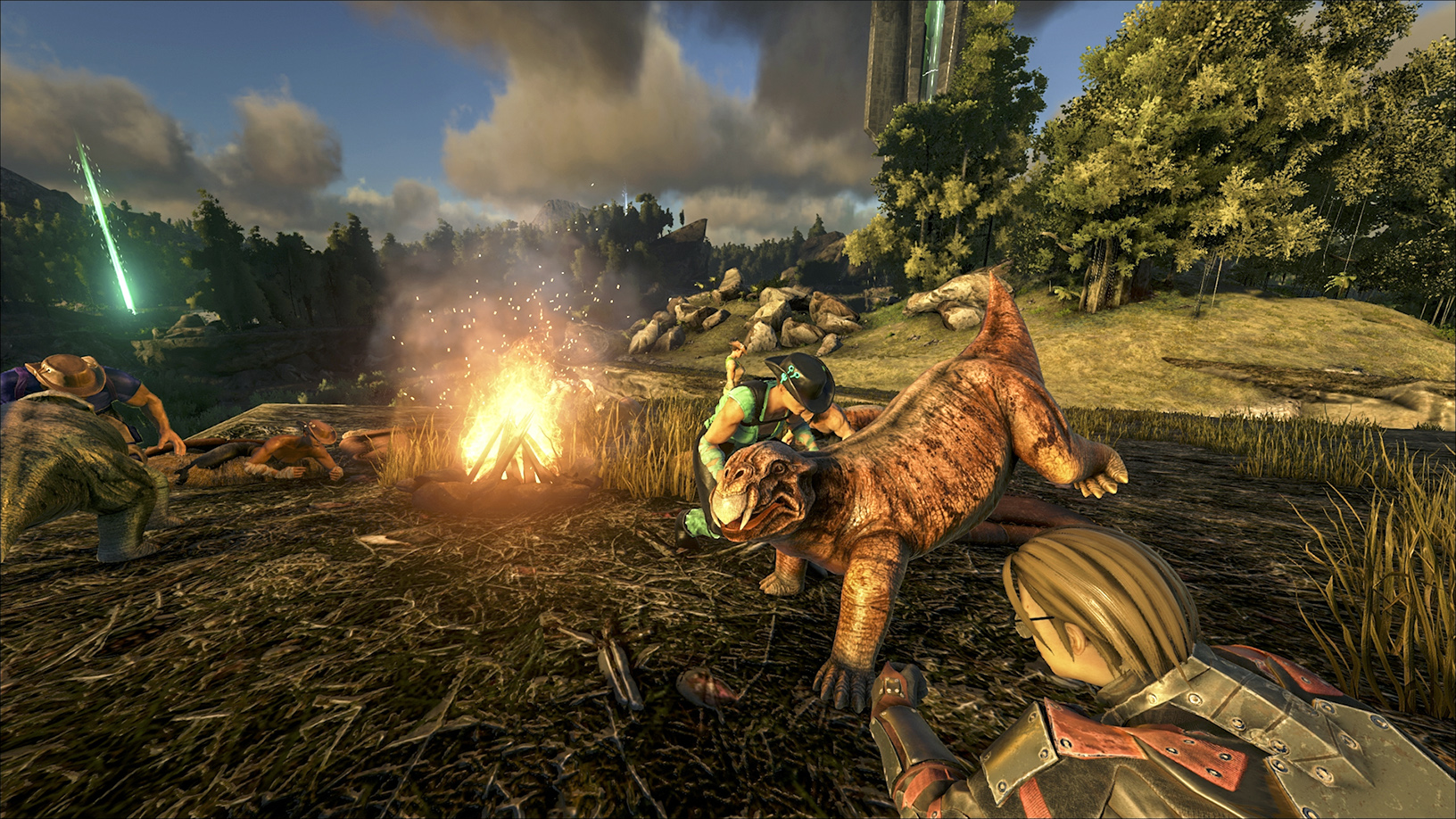 Lystrosaurus Aicifidelis: About two feet long, the loyal Lystrosaurus Aicifidelis is a small, resilient herbivore, that learns fast and therefore gains experience much more quickly than most other creatures, while also recovering its torpor and health much faster than most creatures. Its presence inspires allies, making them learn and gain experience more rapidly, too. 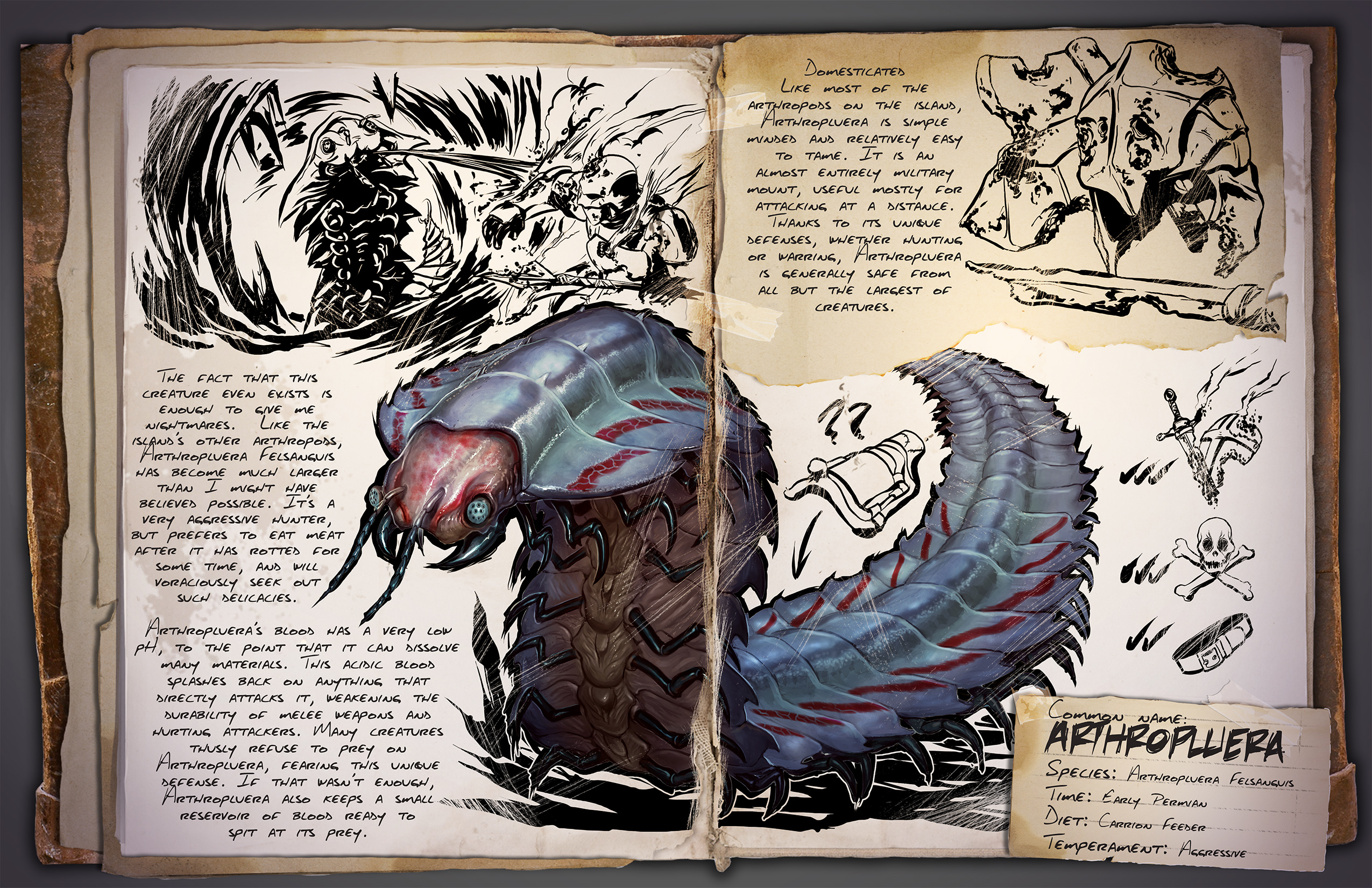 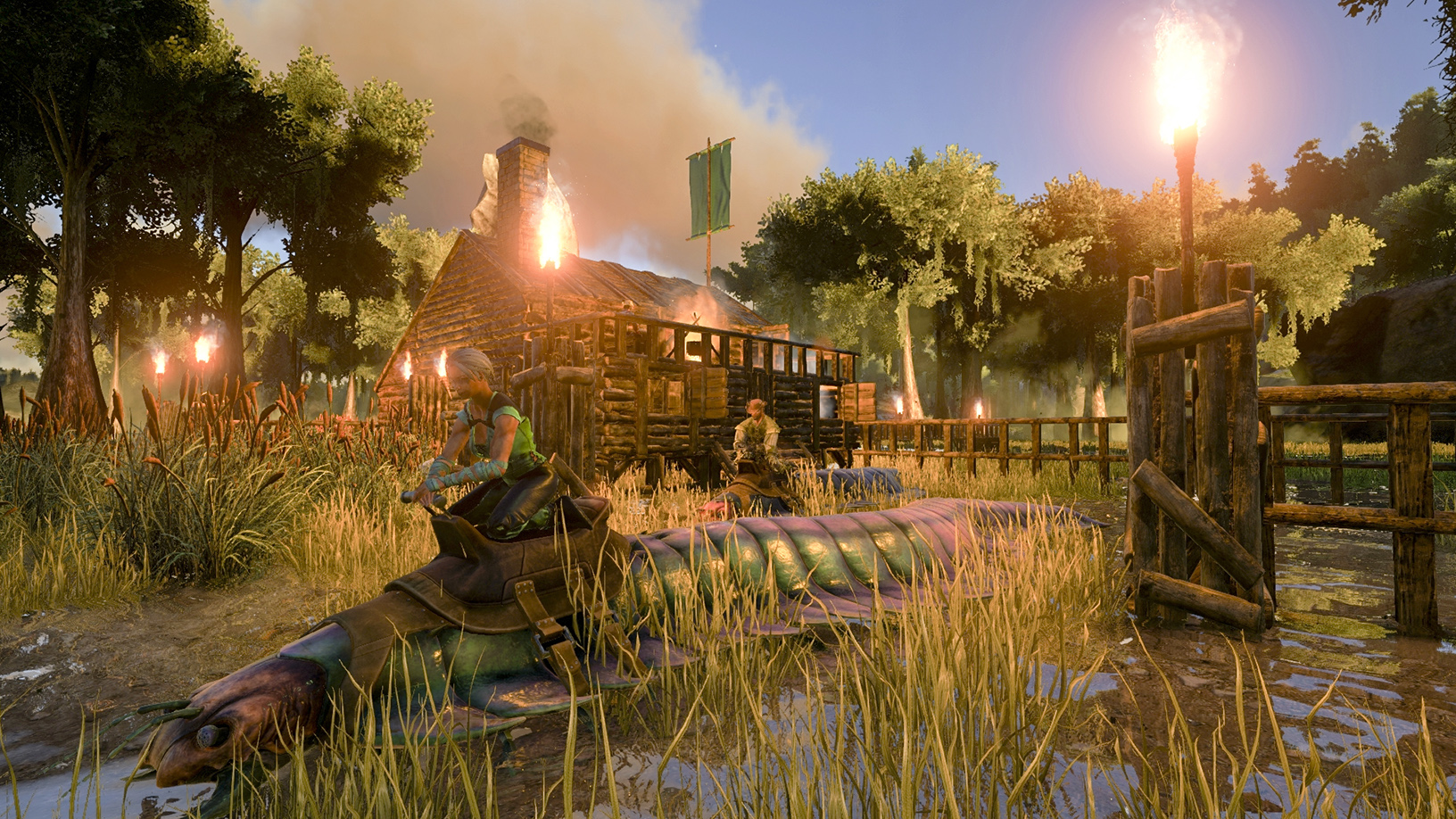 Arthropluera Felsanguis is large and a very aggressive hunter. It is almost entirely a military mount, useful mostly for attacking at a distance, and, thanks to its unique defenses, Arthropleura is generally safe from all but the largest of creatures. Arthropleura has acidic blood which it keeps ready to spit at its prey. 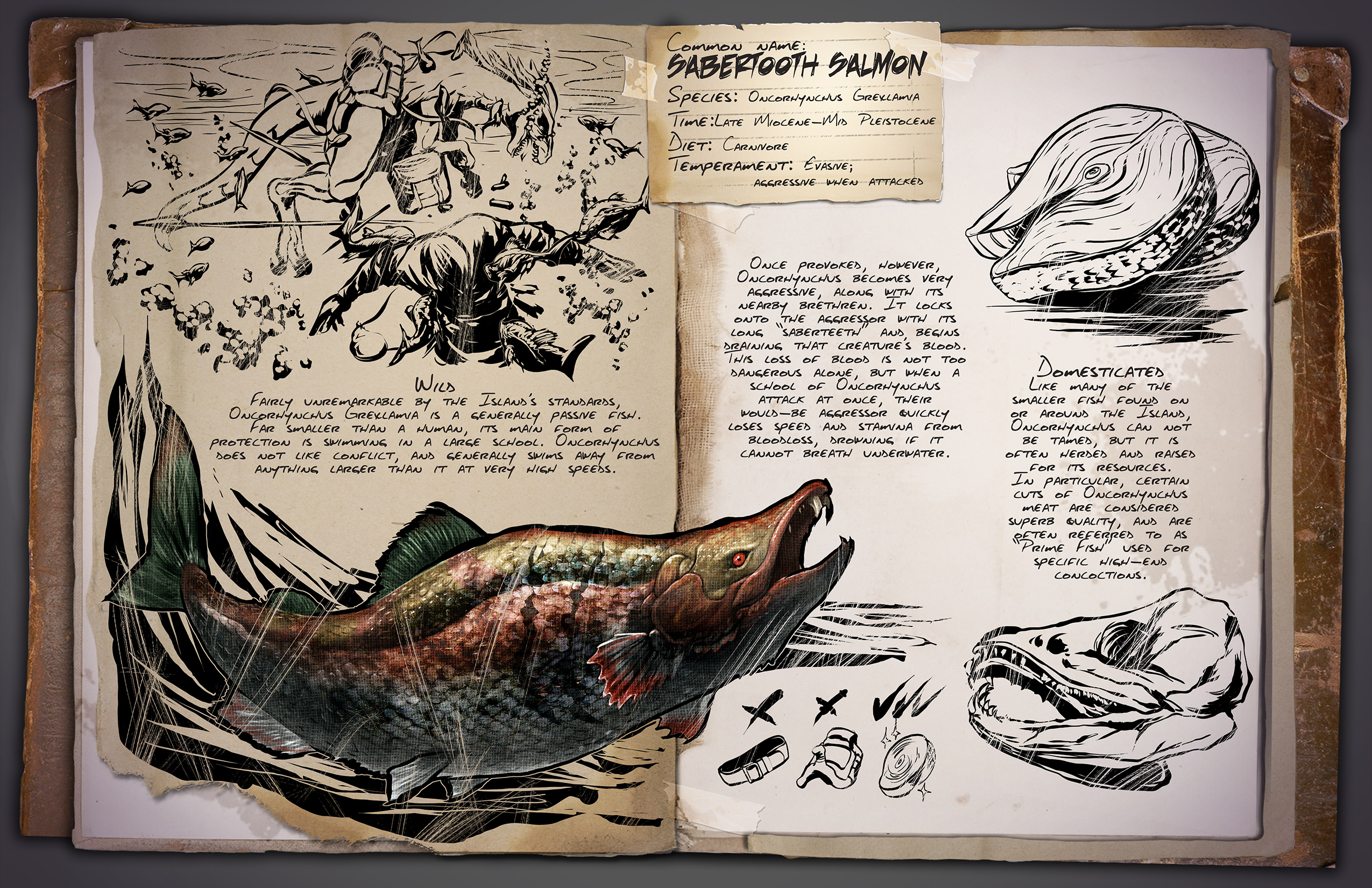 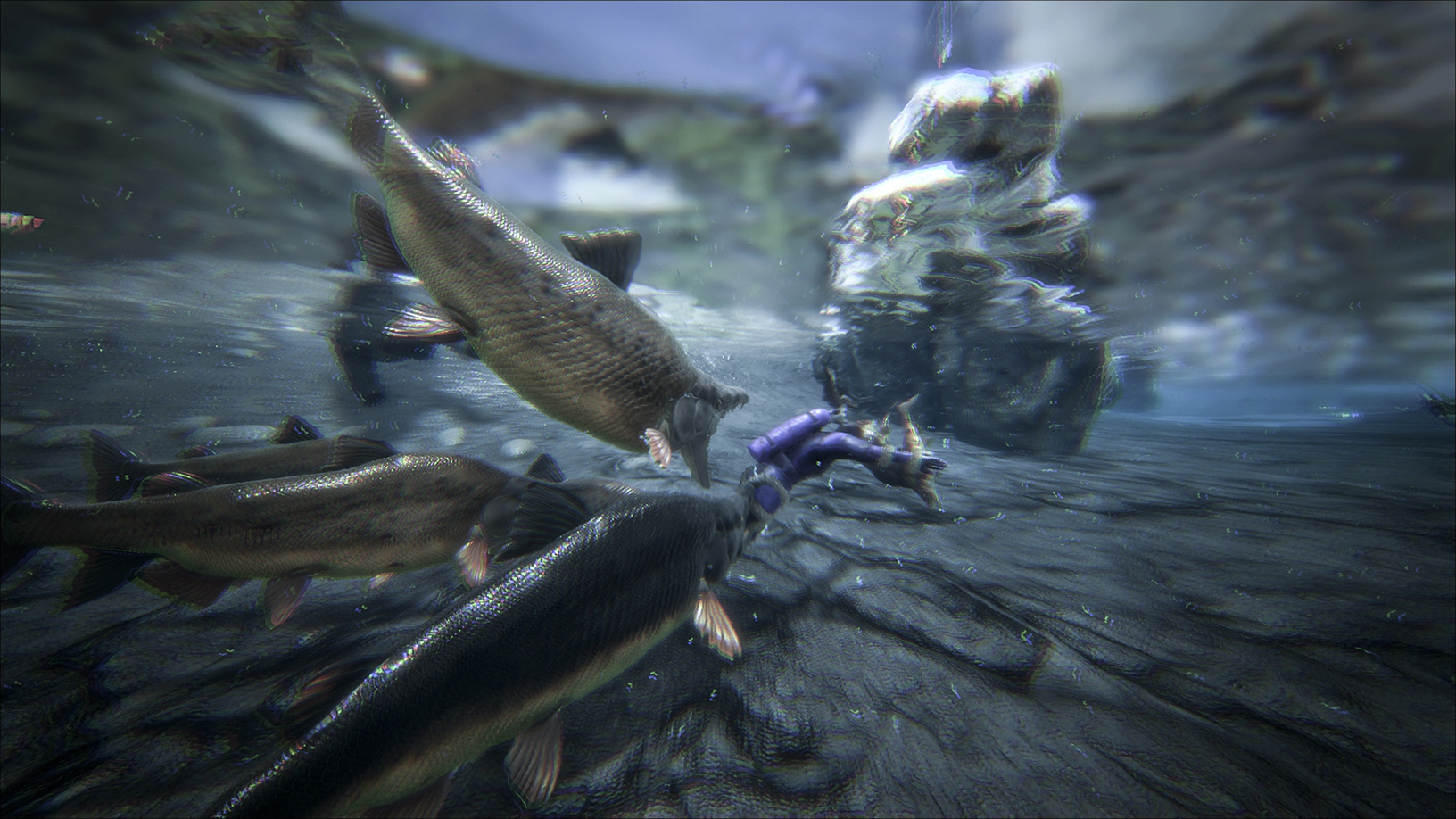 Oncorhynchus Grexlamia more commonly known as a Sabertooth Salmon, is a generally passive fish that swims in large schools for protection. Like many of the smaller fish on the Island, Oncorhynchus cannot be tamed, but it is often herded and raised for its resources. Certain ‘cuts’ are considered superb quality, and are often referred to as “Prime Fish” used for specific high-end concoctions. Once provoked, however, Oncorhynchus becomes very aggressive: It locks onto the aggressor with its long “saberteeth” to drain blood. Alone, this isn’t a worry, but when a school of them attack at once, their would-be aggressor quickly loses speed and stamina from bloodloss, drowning if it cannot breath underwater. 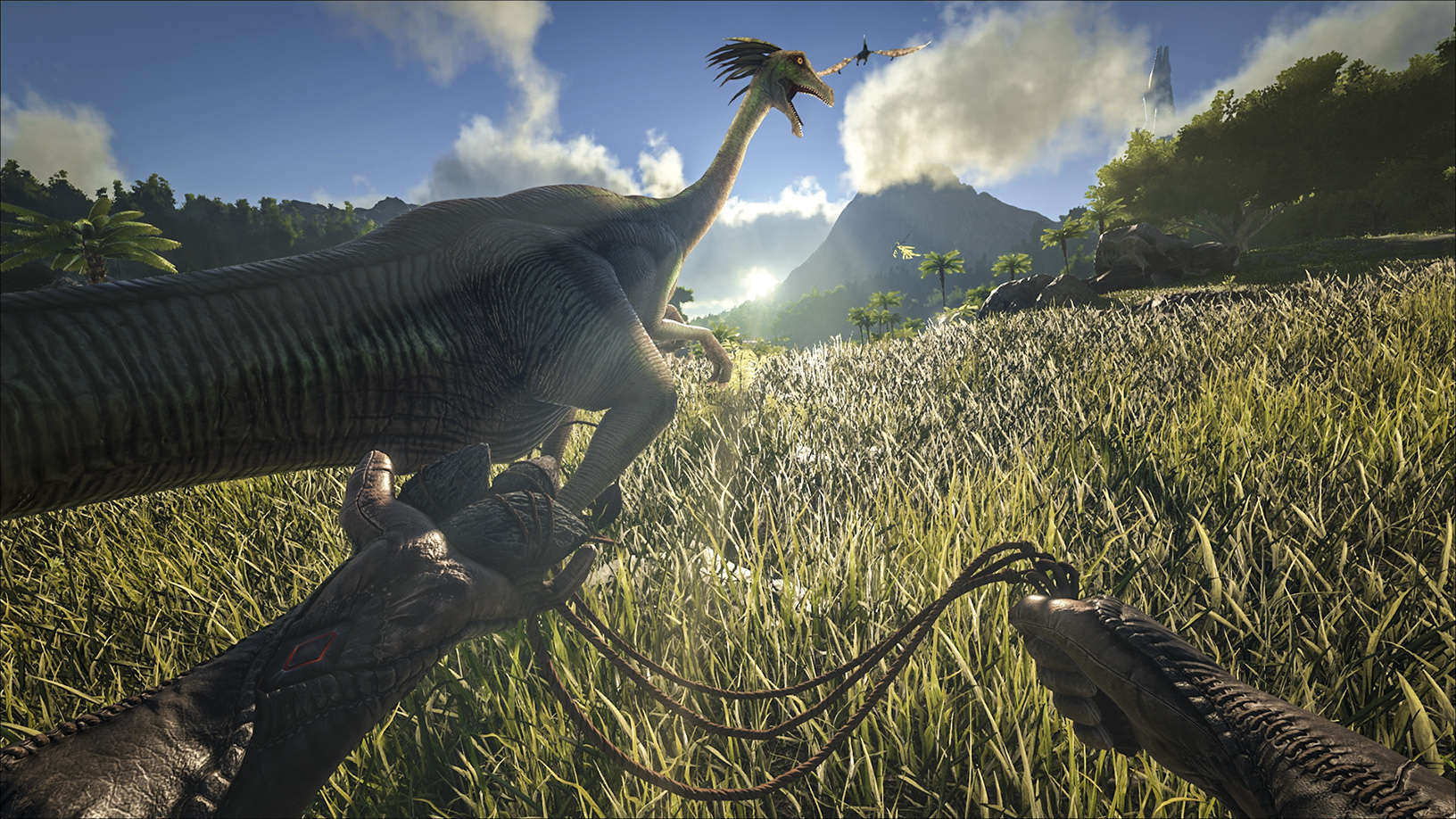 This patch also introduces the Primitive Bola! Wind these up and toss them at players and smaller creatures to temporarily trip and ensnare them. It can even used to knock enemy riders off their mounts, or pull down flyers from the sky! And finally the introduction of Tribe Member Rankings with Customizable Per-Rank Privileges! This enables Tribes to create arbitrary "Sub-Groups" within their Tribe, name them, and give them all kinds of detailed rank-based access privileges on your structures, inventories, and creatures. Effectively you can now create your very own caste-based society, with Kings, Nobles, Lords, and Serfs, etc.

We hope you guys enjoy the latest update, good luck conquering the Megapithecus, collecting your prime-fish, devastating acidic arthropod and of course the loyal and loveable Lystrosaurus!