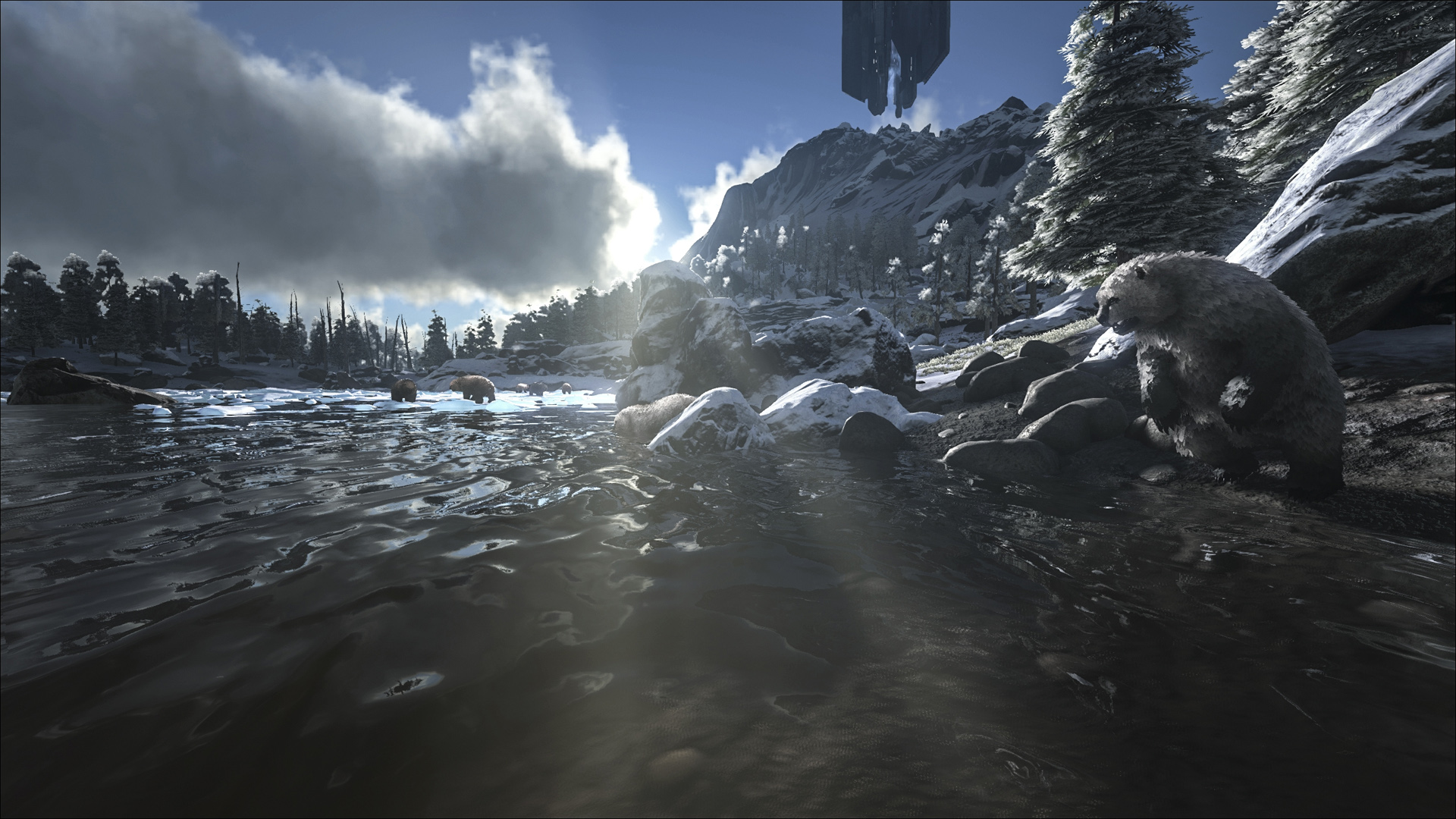 Exciting news, Survivors! As of patch 239, you will now be able to spot Direbears prowling the island and the deadly Manta swimming off shore. Two new structures are also

Exciting news, Survivors! As of patch 239, you will now be able to spot Direbears prowling the island and the deadly Manta swimming off shore. Two new structures are also now available, the Chemistry Table and Primitive Cannon. 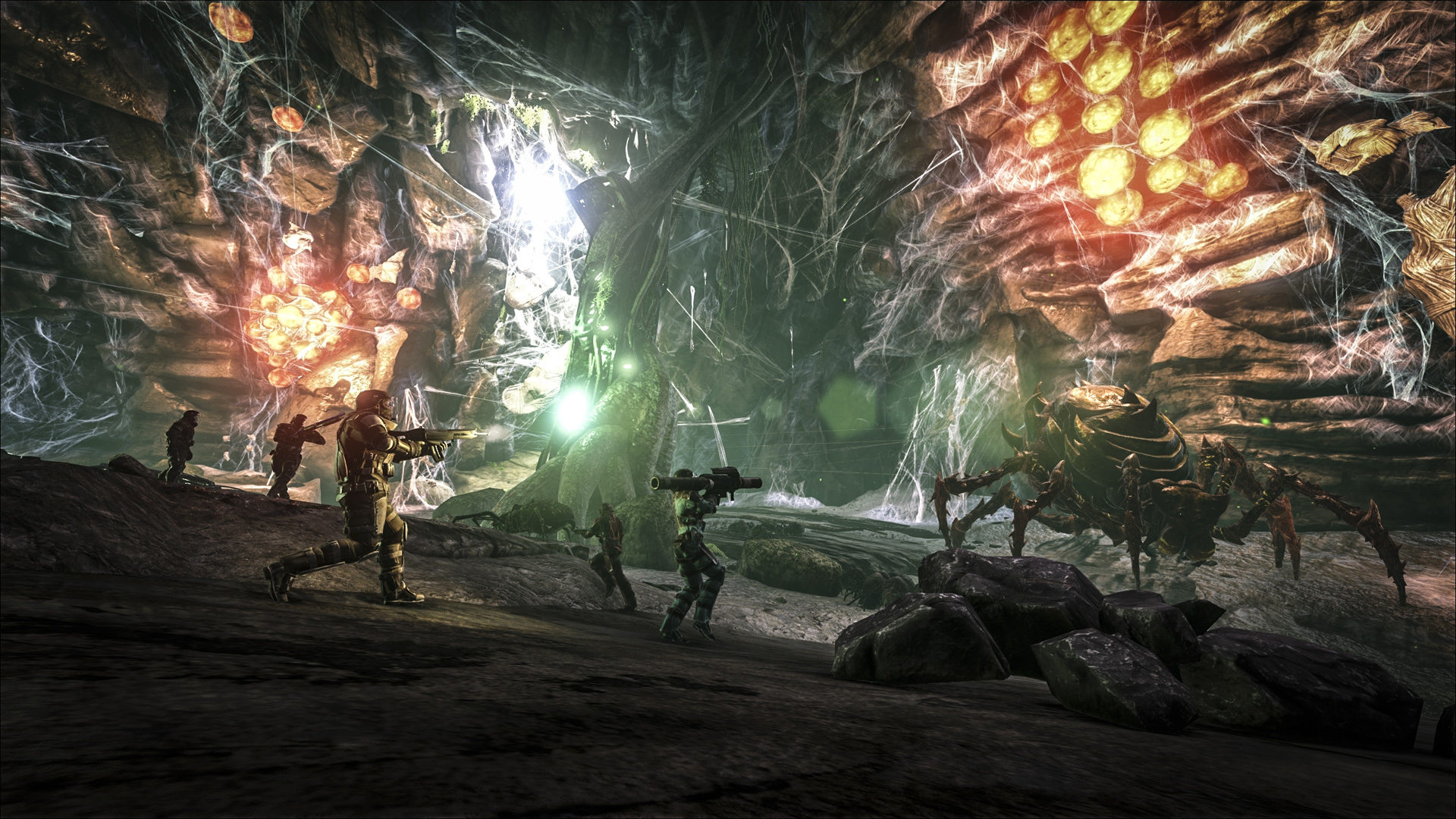 The first of our boss arenas, the Broodmother Arena, has been added to the ARK! The Broodmother battle is much more epic and dangerous now that Tribes must face her in her very own cobwebbed lair deep within the ARK… but bring some trusty Dinosaurs to the fight and you might just survive! 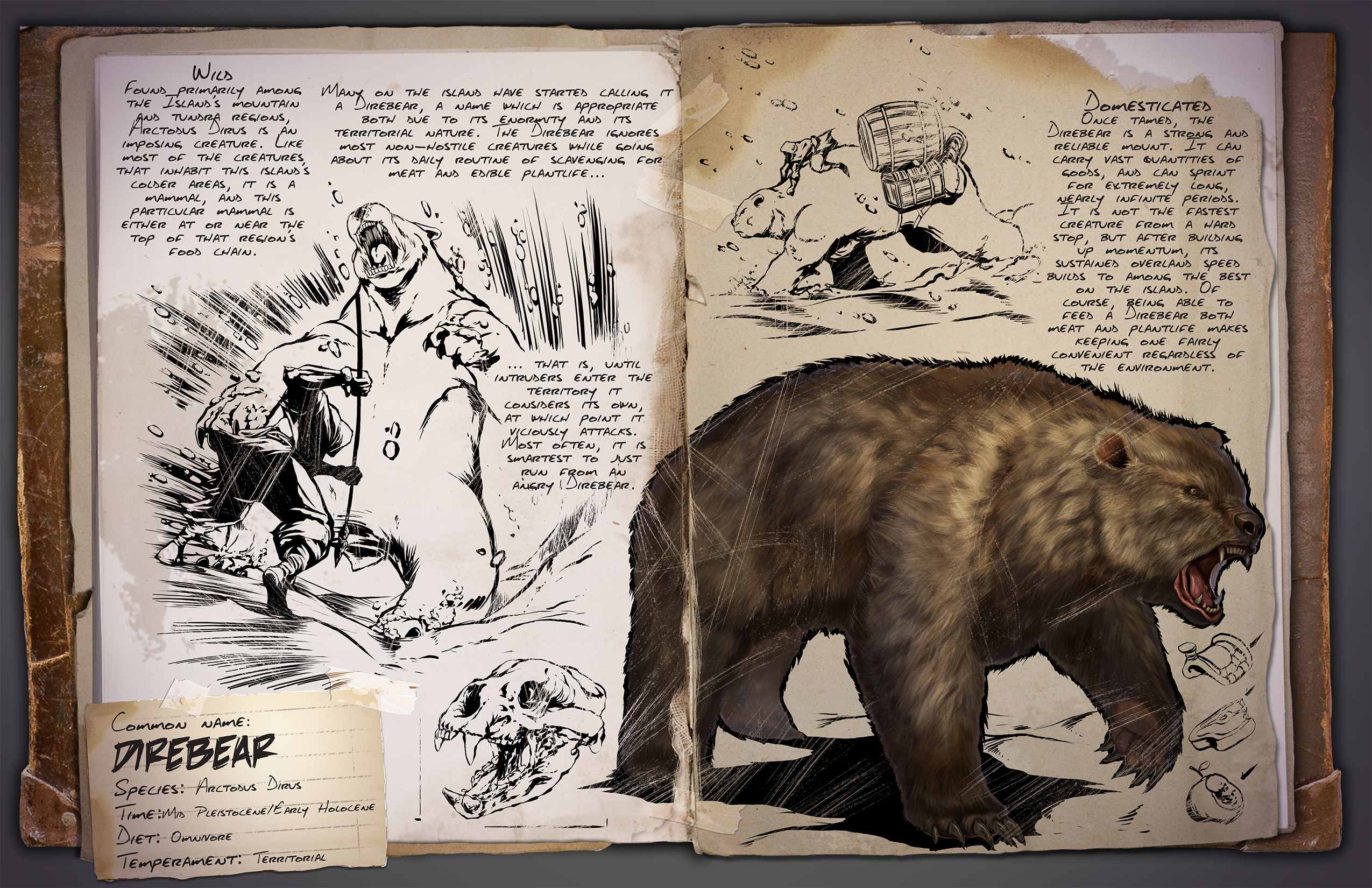 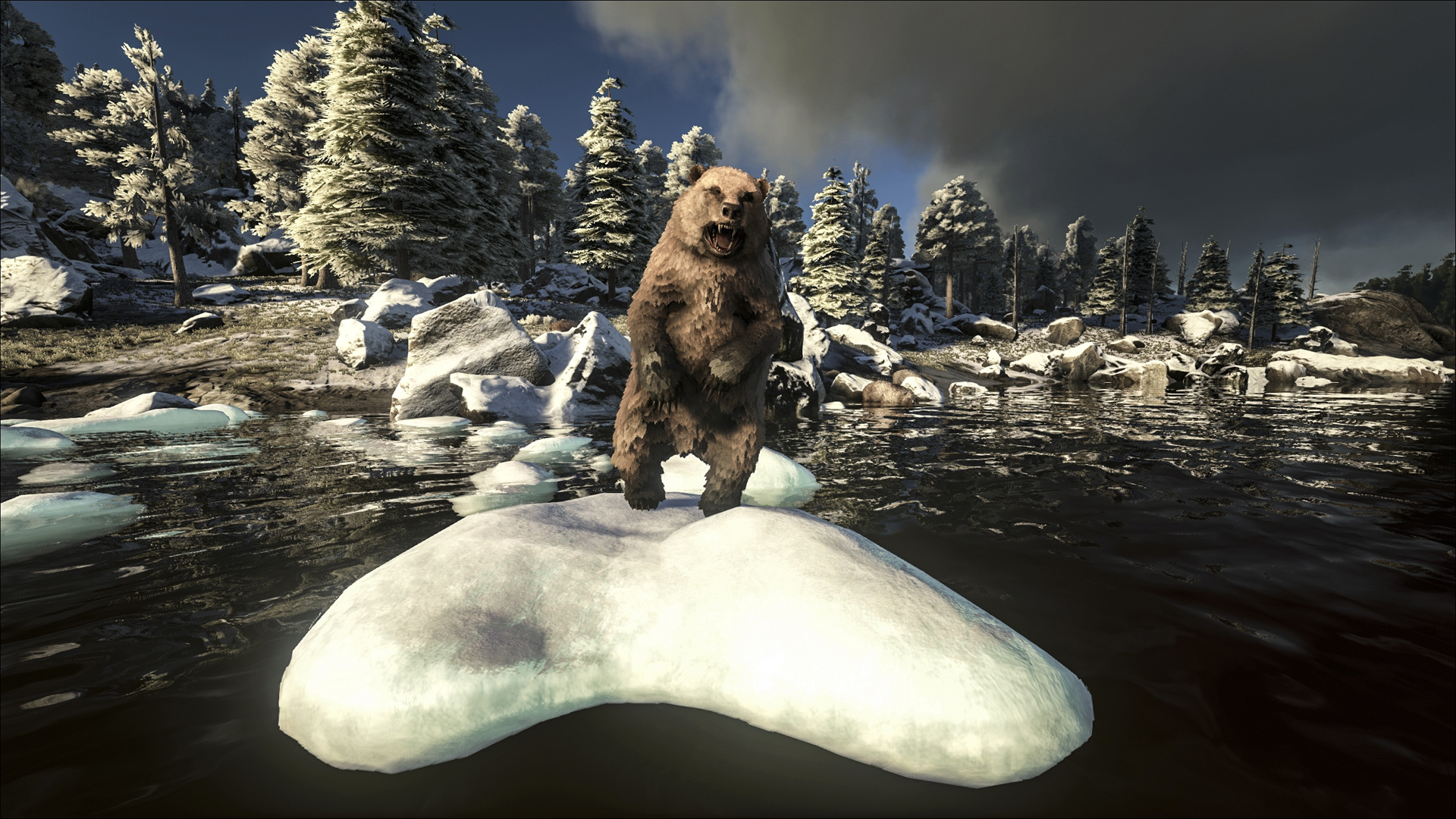 The Direbear is both enormous in size and territorial by nature. It is found primarily among the Island's mountain and tundra regions. It’s an imposing creature, ignoring most non-hostile creatures while going about its daily routine of scavenging for meat and edible plant life. That is until intruders enter the territory it considers its own at which point it viciously attacks. Most often it is smartest to just run from an angry Direbear. Once tamed the Direbear is a strong and reliable mount. 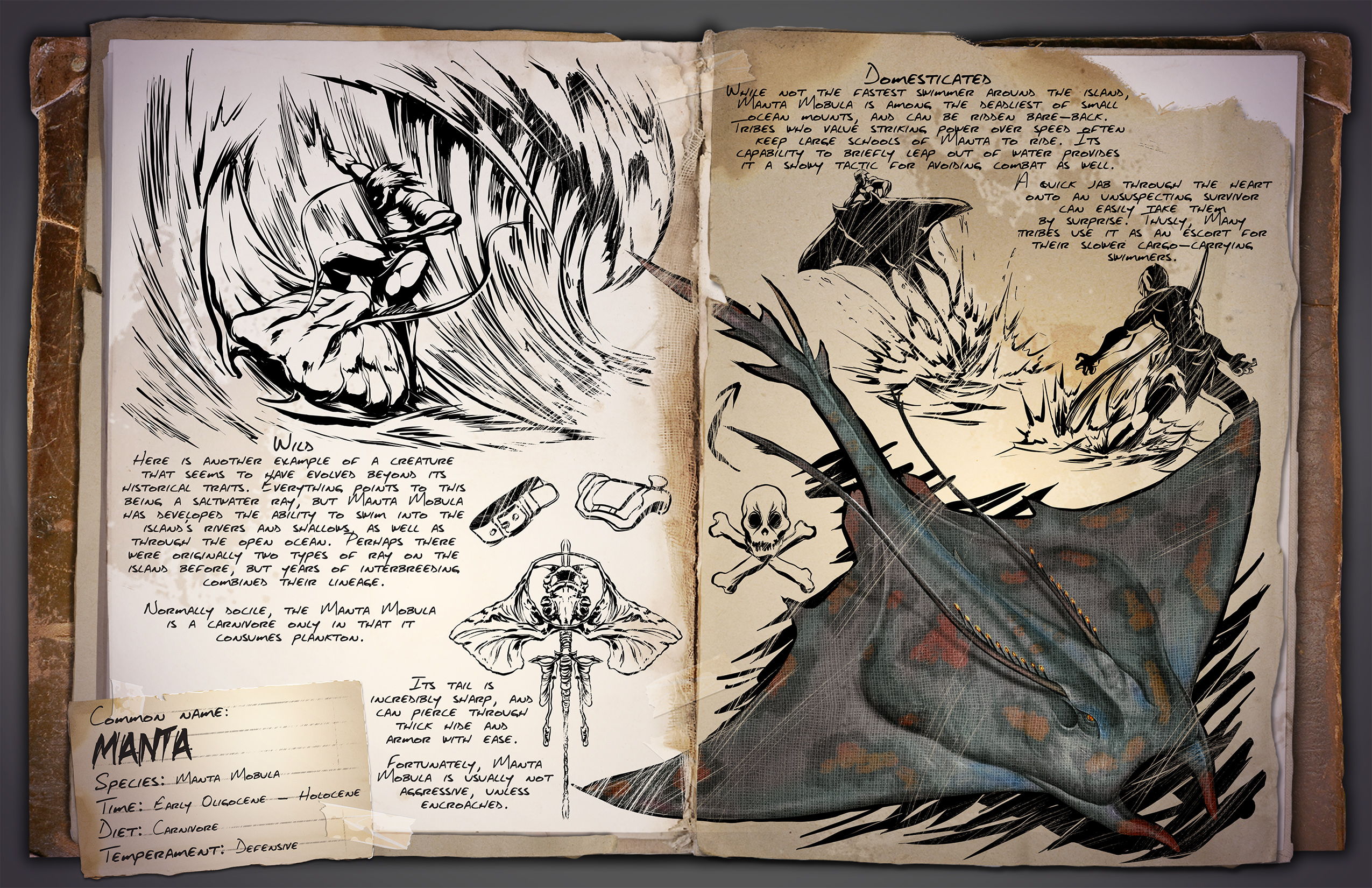 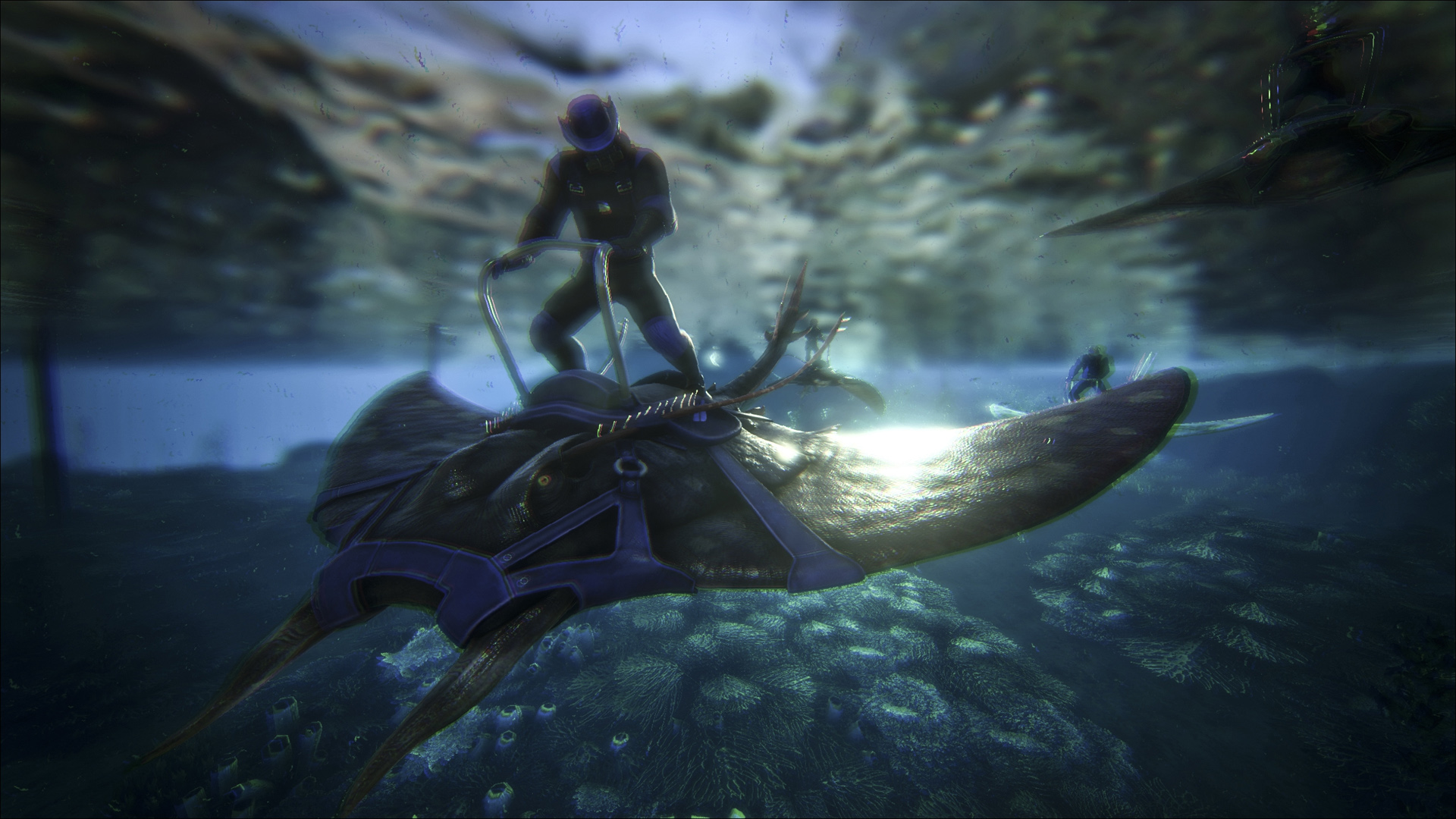 The Manta is a saltwater ray that has developed the ability to also swim into the Island's rivers and shallows, as well as through the open ocean. Normally docile, it is a carnivore only in that it consumes plankton. While not the fastest swimmer around the island Manta Mobula is among the deadliest of small ocean mounts and can be ridden bare-back. Tribes who value striking power over speed often keep large schools of Manta to ride. Its capability to briefly leap out of water provides it a showy tactic for avoiding combat as well.

We hope you guys enjoy the latest update, good luck conquering the Broodmother, collecting the fishes with your bear and we definitely recommend taking part in some exciting Manta Races!