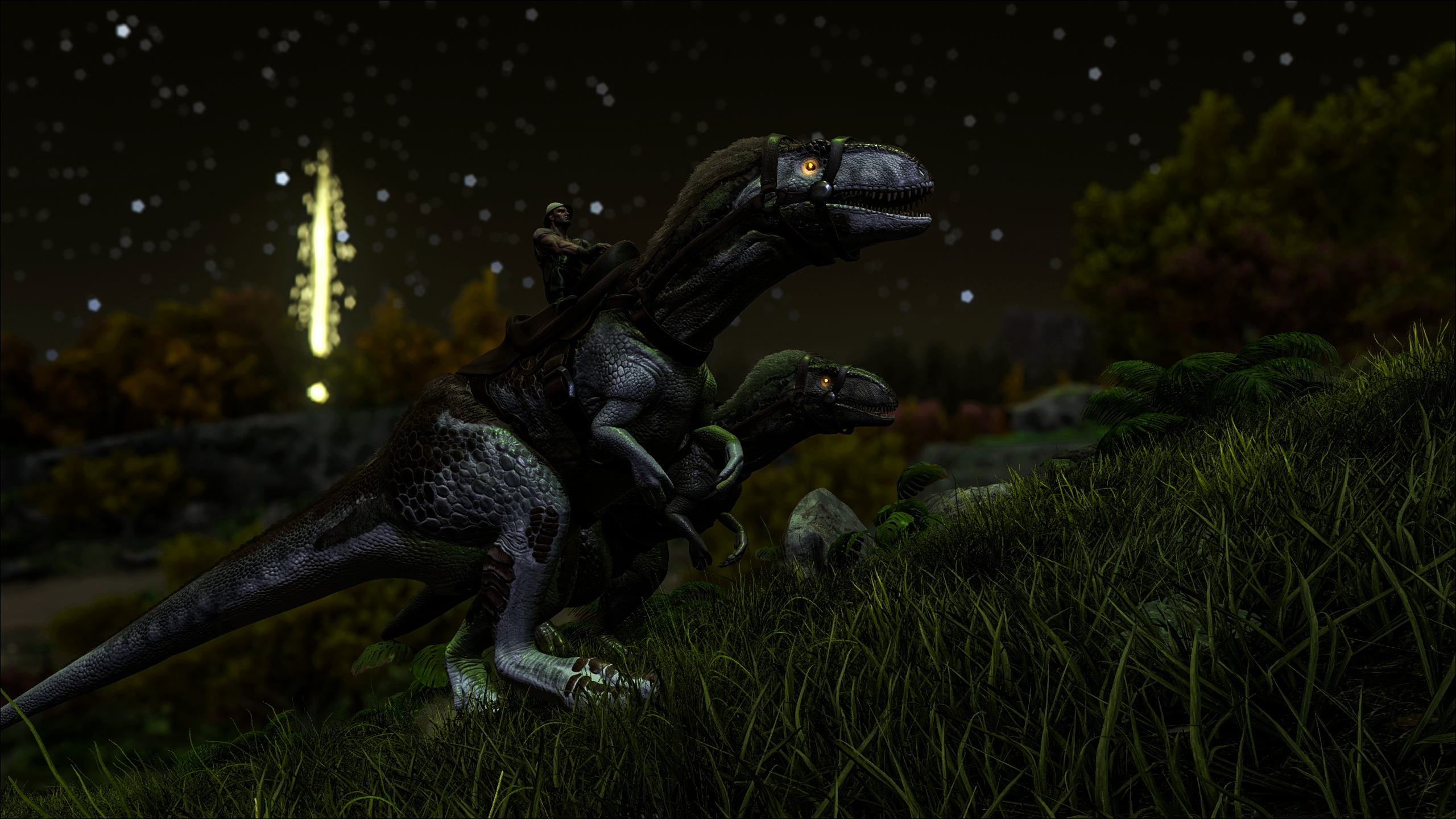 Thanksgiving is upon us and today, Patch 252 brings a feast of new content to ARK: Survival Evolved! New friends will be making an appearance as

Thanksgiving is upon us and today, Patch 252 brings a feast of new content to ARK: Survival Evolved! New friends will be making an appearance as four new creatures will become available to discover and tame, including the slimy Achatina, nocturnal hunter Megalosaurus, harvesting-specialist Moschops and the pheromone-spewing Pachyrhinosaurus! 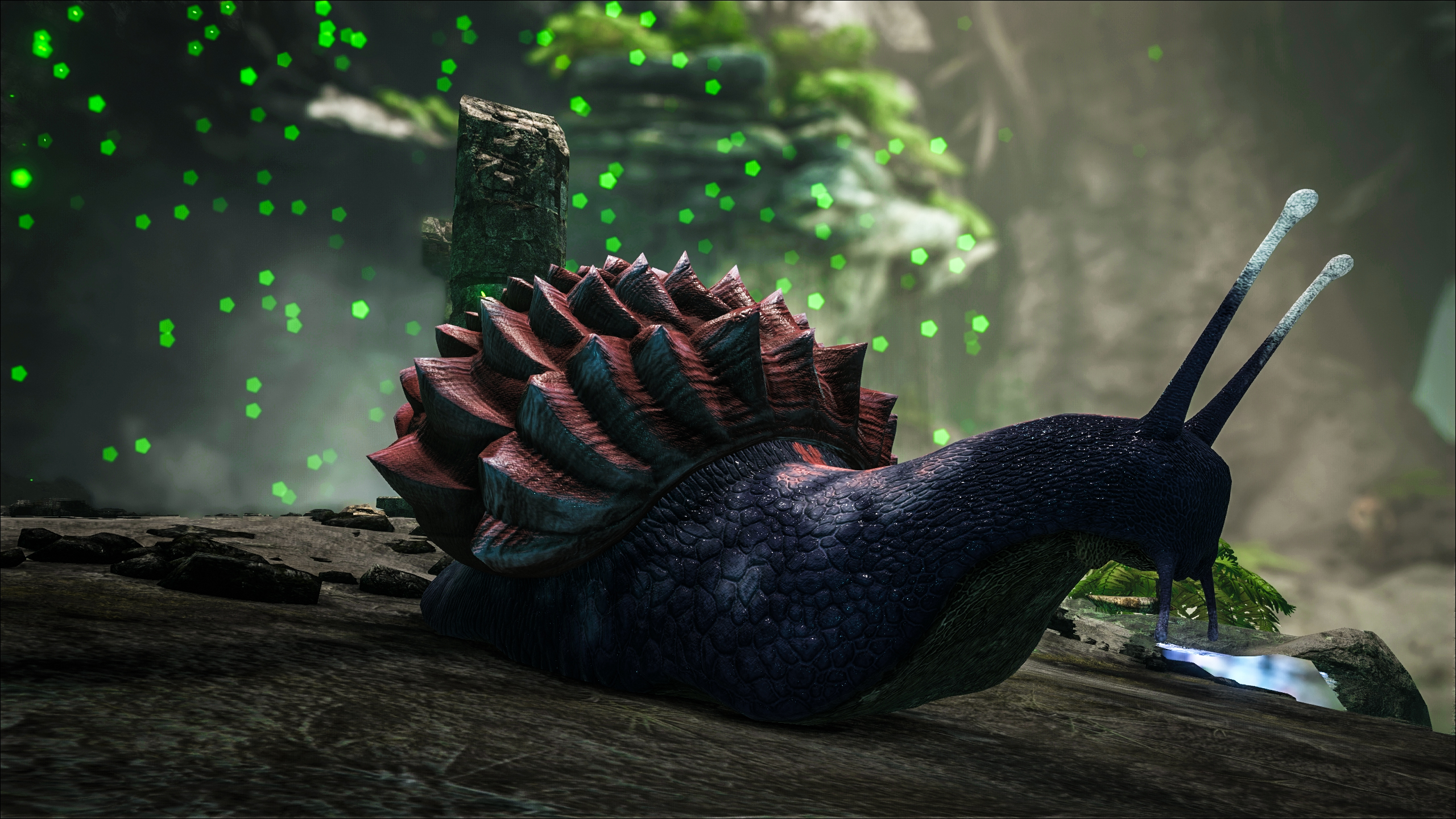 Achatina Limusegnis, slow and steady, that's the best way to describe the Achatina. A land mollusk standing about 2-3 ft tall, prized by local tribes, the Achatina is often captured and tamed for its glue-like secretions, which can be used as an adhesive when building various structures. It is also reverence for its uncanny ability to create an organic, incredibly strong, lightweight plates that can be shaped and then heat treated into casings for anything. 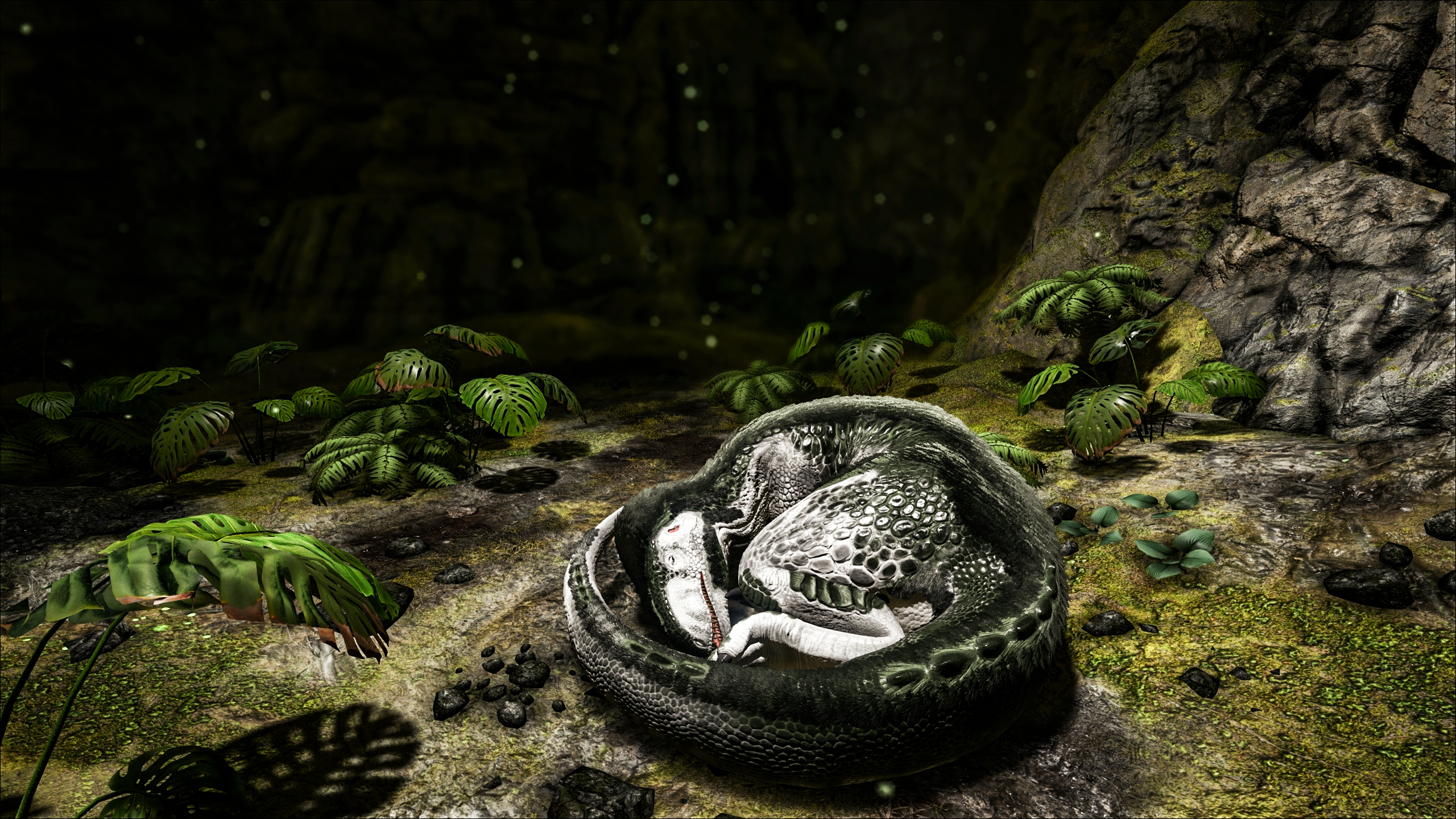 Megalosaurus Noctedominus, the scary nighttime predator Megalosaurus is a beast that causes both survivors and other land creatures to fear the dark. Megalosaurus is a voracious carnivore and is often trained for use in night-time raids against other survivor camps. Due to its ferocious strength exhibited during the night, it sometimes finds itself recovering or sleeping during the day. However be warned, as it is a light sleeper and will wake with tremendous anger is disturbed during rest. 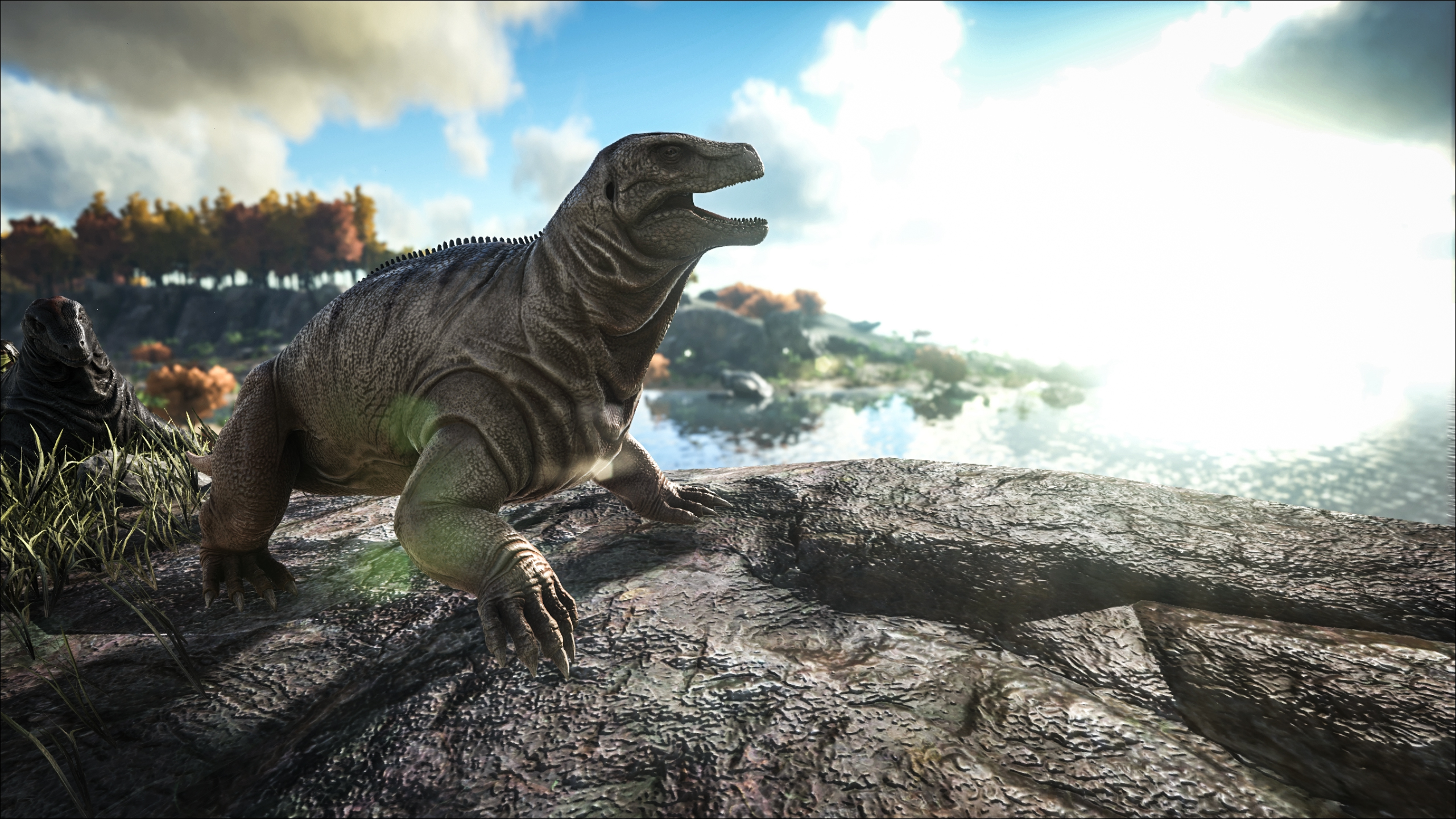 Moschops Cibumutante, defines fear, as in fear-ful, since the slightest provocation sends it running. This dino's "special ability" is that it can eat just about anything and do just fine. This makes it particularly useful when domesticated and trained to eat specific materials - for example, teach it to focus on chewing a specific material, and that resource will become easier to harvest. Just remember that everything scares this breed of dino and it will flee without hesitation, so be cautious when taming it! 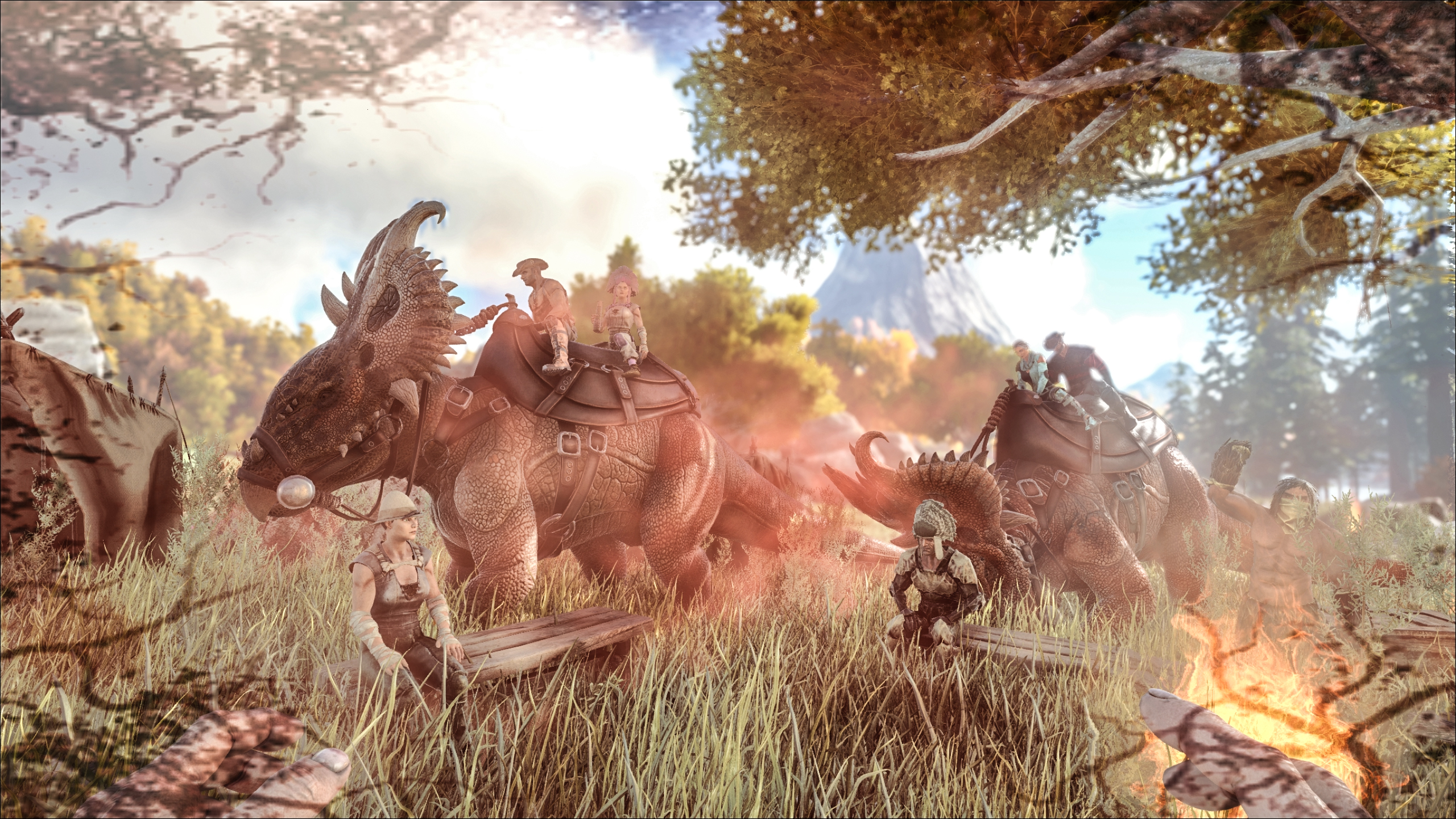 Pachyrhinosaurus Mitisaura, an easy-to-train mount for new riders, its ability to produce a calming "scent" when in danger, helps keep survivors safe. The Pachyrhinosaurus can also reverse the effect of its scent cloud, making nearby creatures incredibly aggressive, which is sometimes useful in attacking other camps. 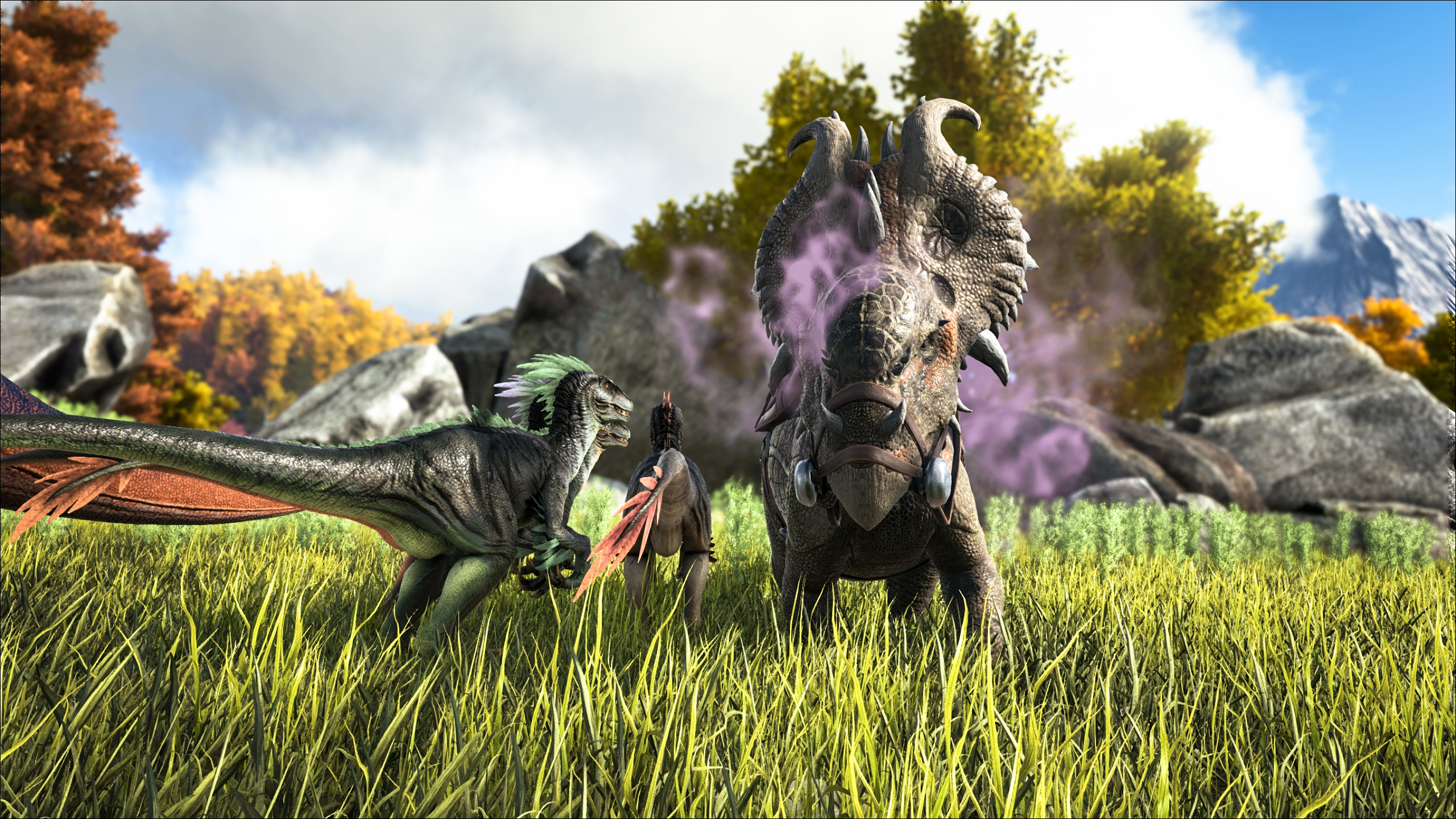 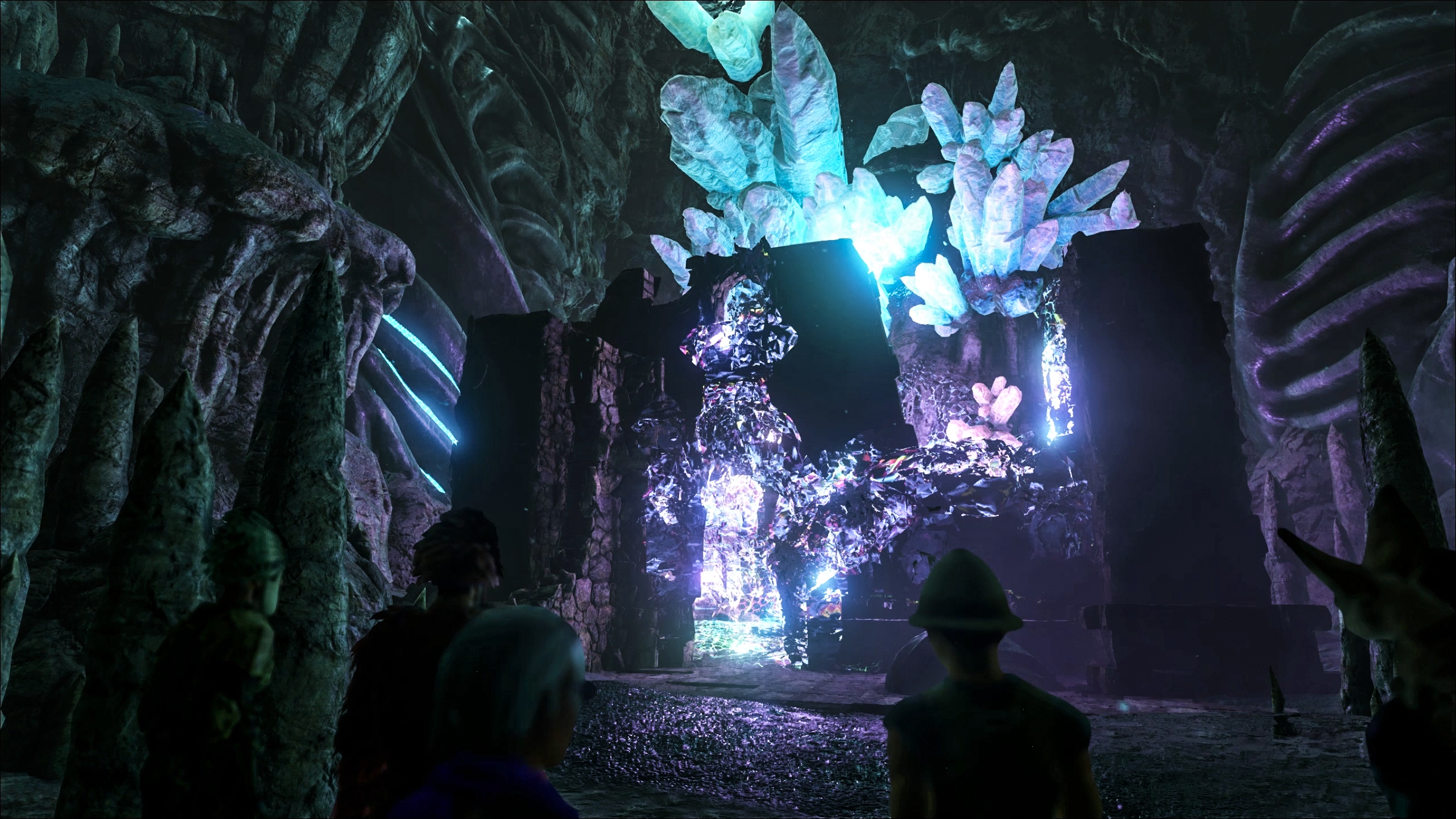 Patch 252 also introduces a vast redesign of the original caves on The Island! 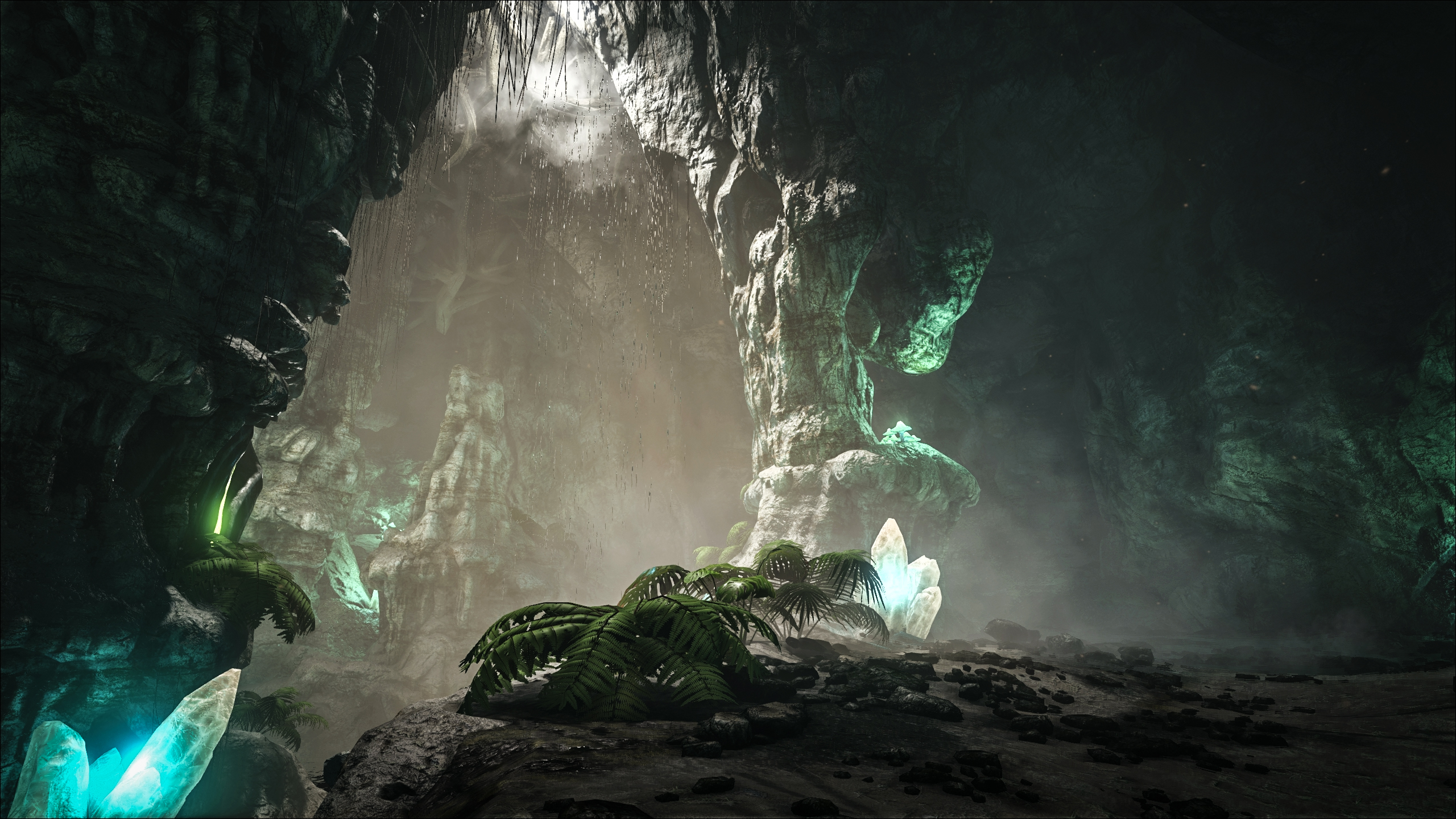 Bringing them up to par visually 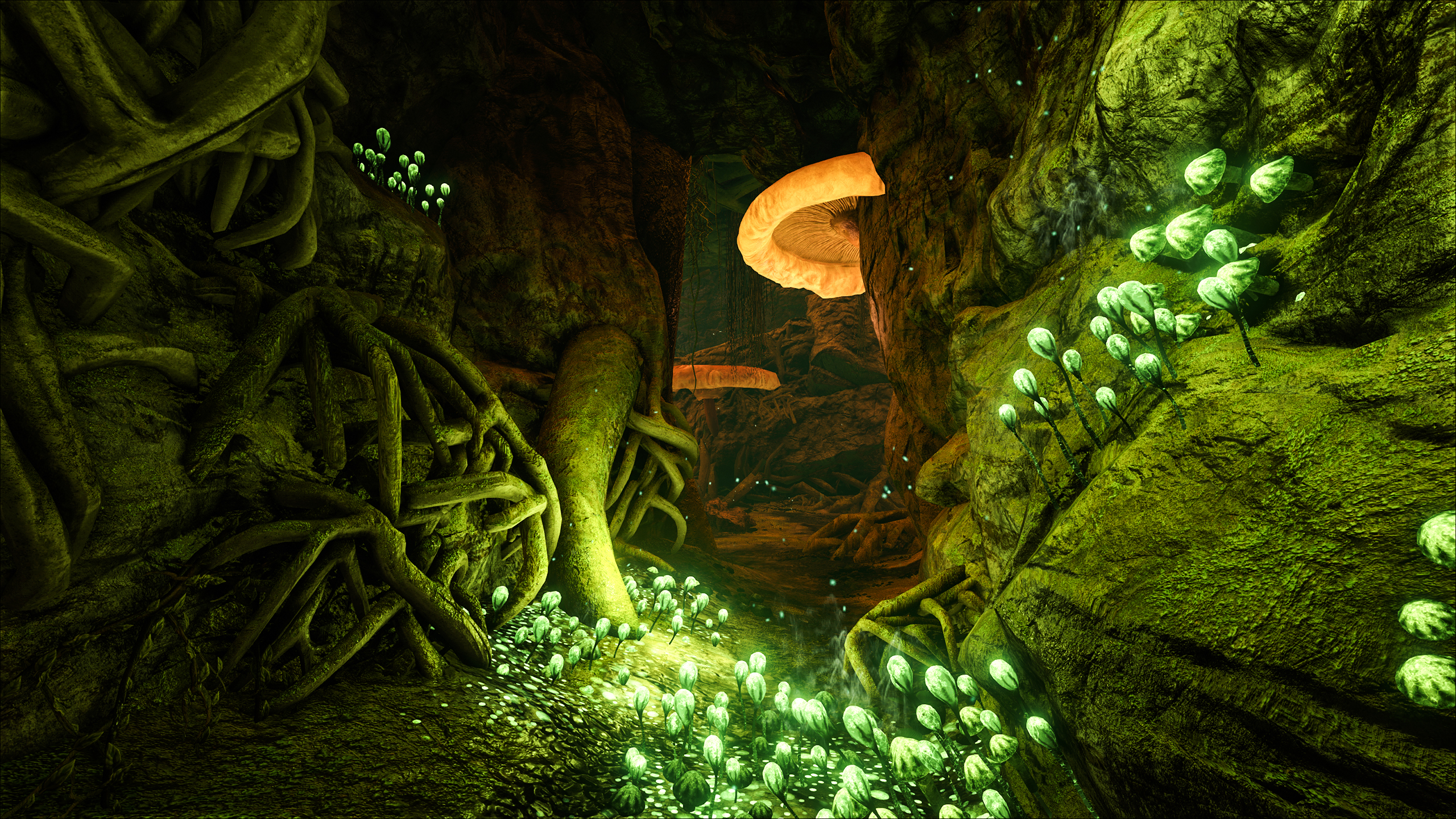 As well as introducing more gameplay elements to acquiring those artifacts! 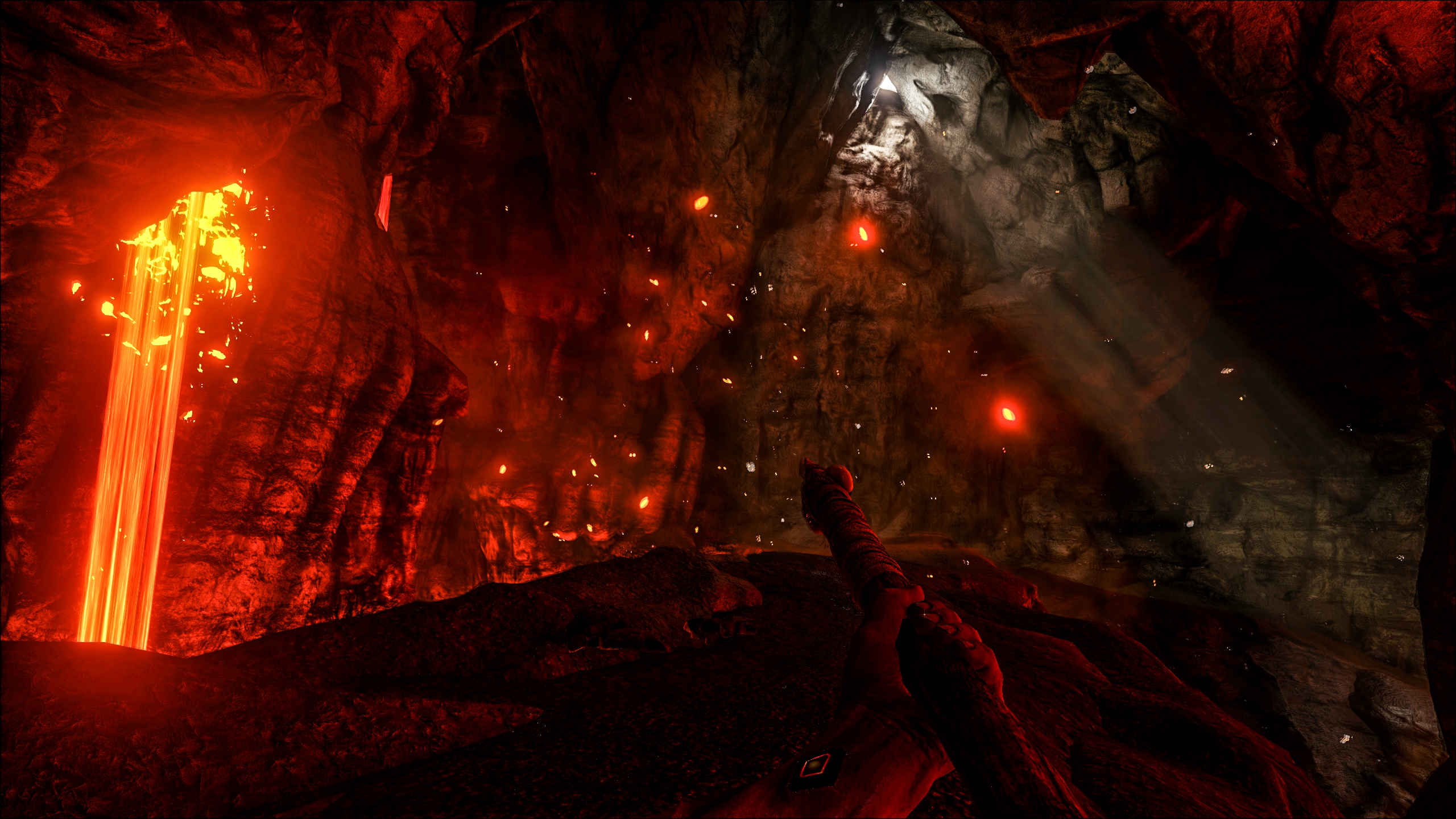 Seasoned explorers will want to give these a whirl as it is an entirely new experience with much to be unravelled! 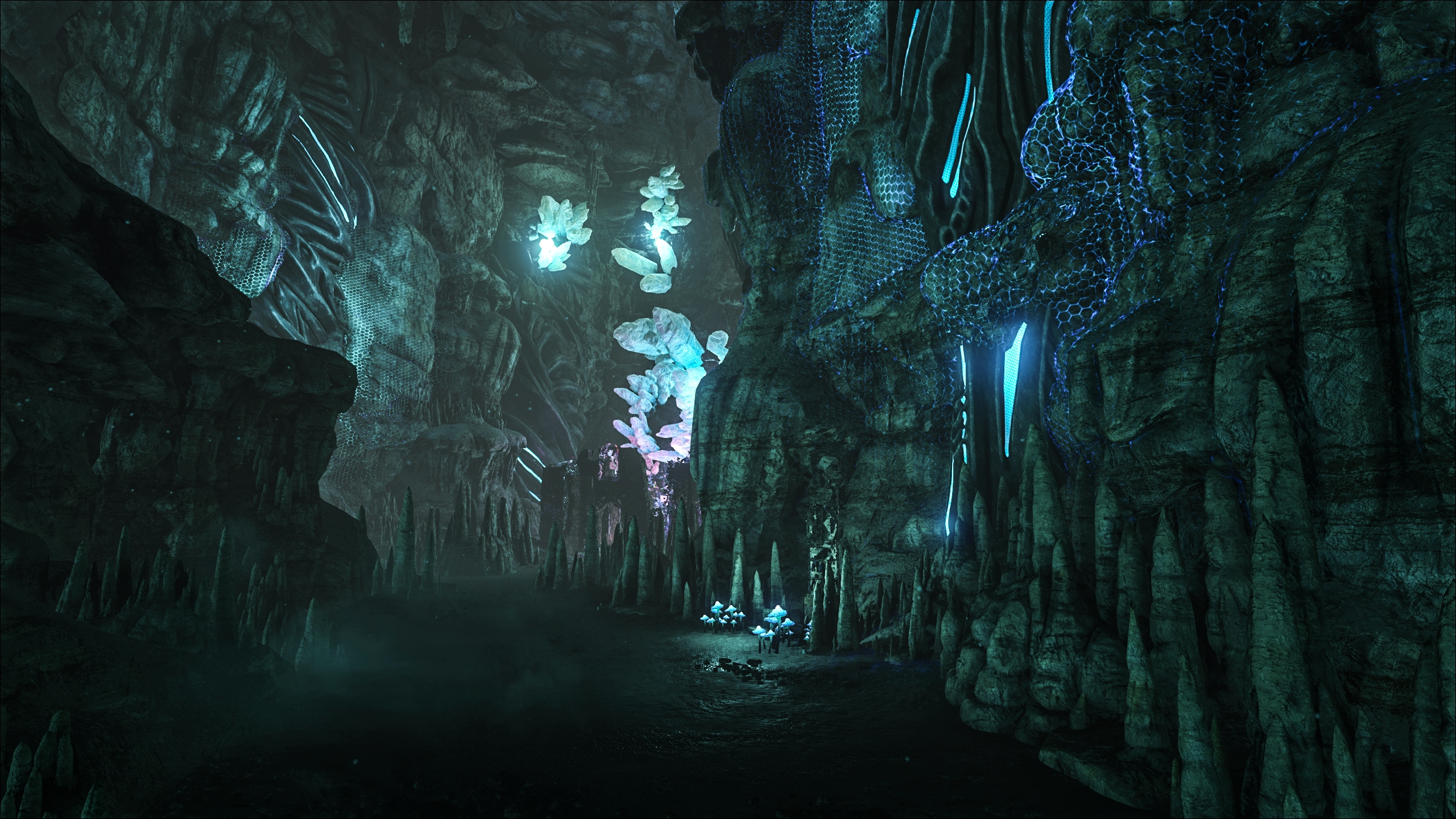 Along with the launch of Patch 252 comes even more content goodness: 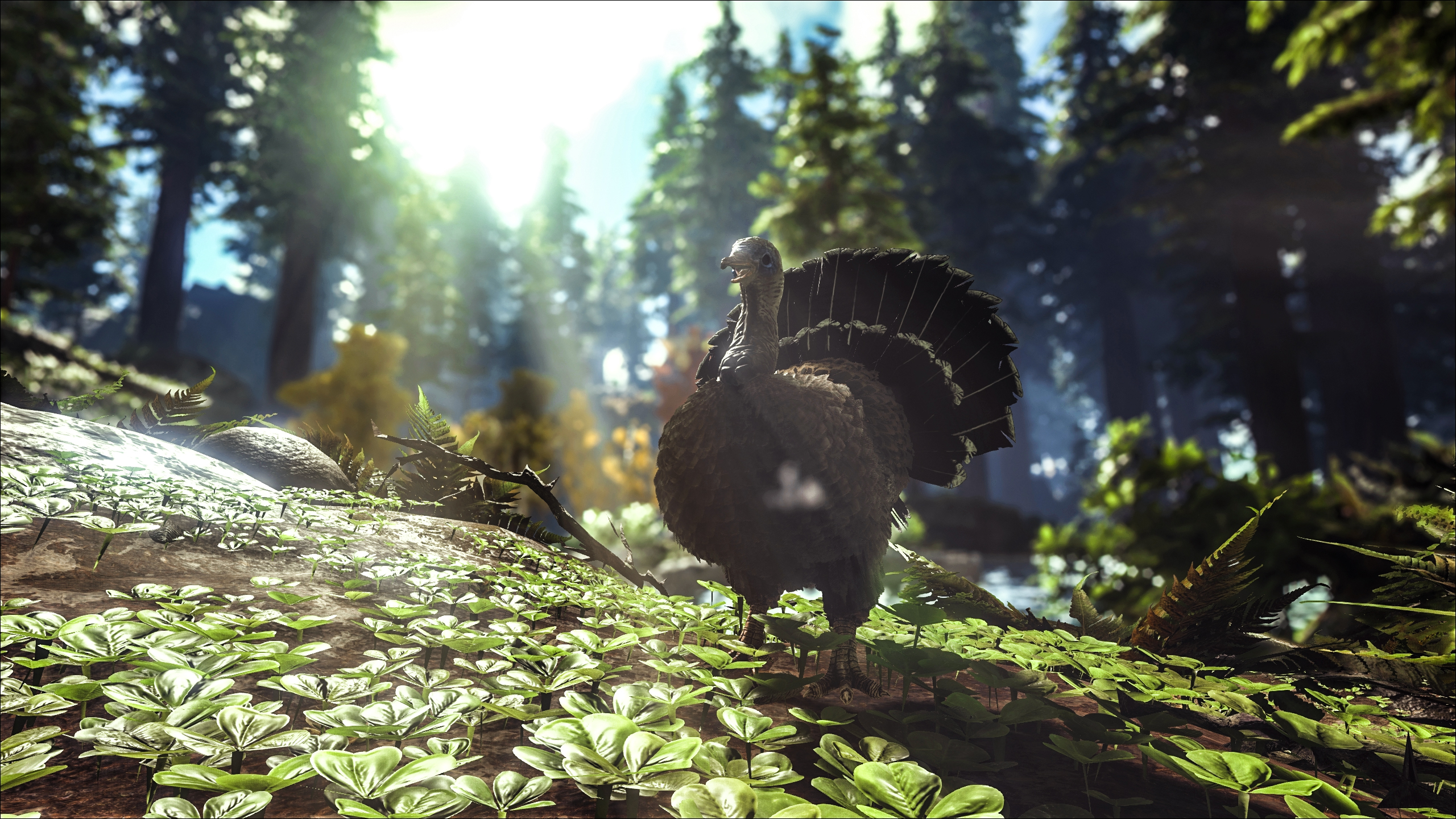 ARK's biomes are now host to savage, blood-thirsty mutant Super Turkeys. Players can hunt these brutal birds of prey, harvesting their wishbones and using them to craft an event-exclusive ornamental "Chieftain Headdress", or use their poultry-powered gains to summon the mighty DodoRex to do their bidding. This year's Turkey Trial will feature something all new - an event-specific "emote" for players to unlock, and will take place on all official ARK maps including Scorched Earth, The Center, and The Island!

So be sure to log in and enjoy the increased rates whilst you can!
Steam Autumn Sale
From November 23rd to the 29th, you can purchase ARK: Survival Evolved at 50% off and Scorched Earth at 25% off! Get it whilst it's hot ;)

CrossARK Trading, Breeding and Strategizing forums!
With our recent announcement regarding CrossARK Transfers;

We've now opened up some new forums for players to be able to trade items, offer services such as painting, breeding and strategize with one another! Take a gander as there may be something that'll pique your interest ;)

Enjoy the patch everyone, we wish you a Happy Thanksgiving and an adventurous exploration!