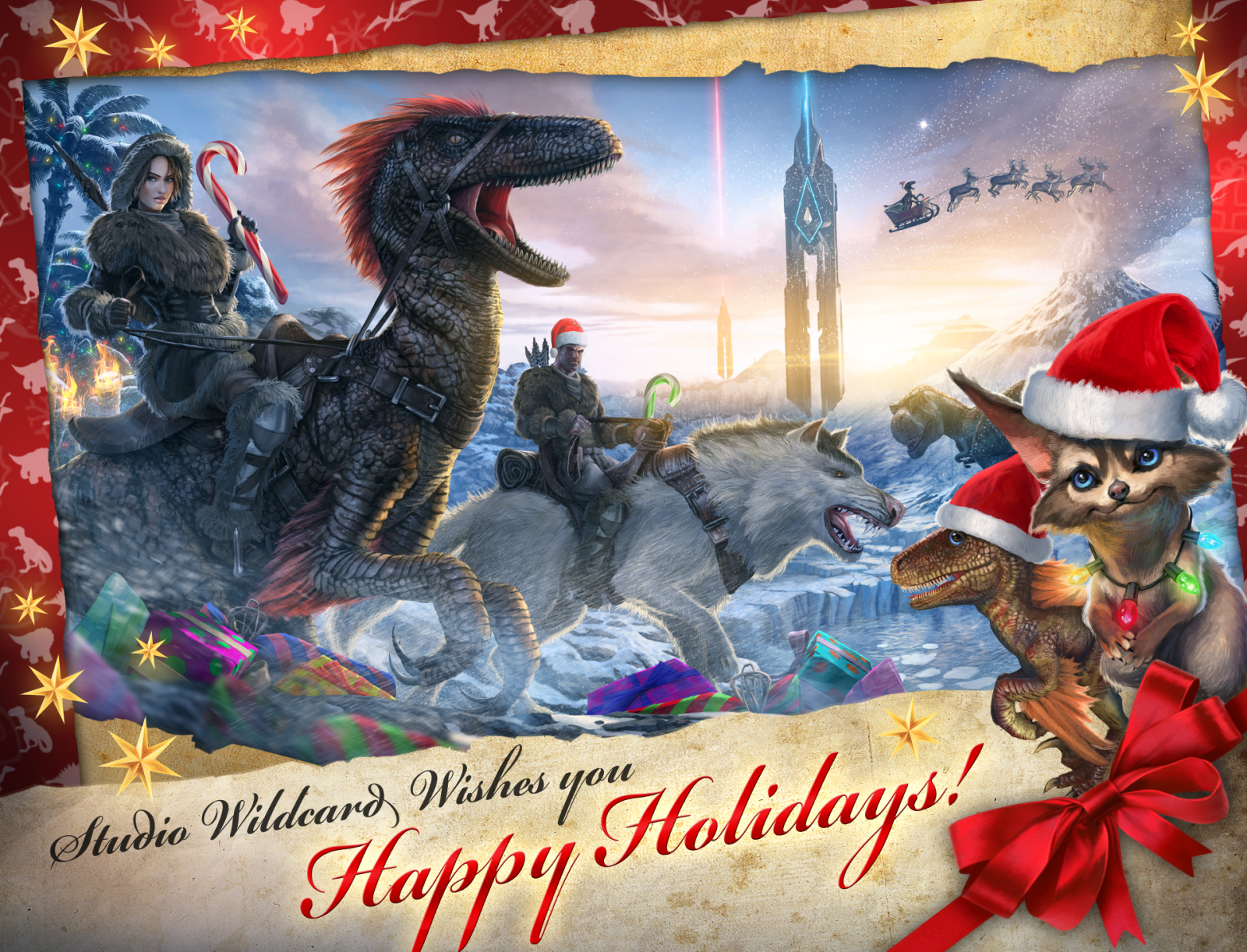 It's that most wonderful time of year again, a time of celebration, joy, and sharing. And we have a lot to share

It's that most wonderful time of year again, a time of celebration, joy, and sharing. And we have a lot to share with you in this update!

Join Raptor Claus as he darts across the night sky in his sleigh, air-dropping presents filled with high-end Loot Blueprints, Mistletoe, or Coal for naughty Survivors. Survivors can trade in Santa's gifts for Reindeer Costumes, Candy Cane Club Weapons, Santa Hats, and if they collect enough Coal, they might even be able to summon the elusive holiday-themed DodoRex to do their bidding for a limited time!

Along with this holiday-themed update, we are also excited to unveil content Patch 253! Which includes two new full-scale underwater caves and setting free five new creatures: Cnidaria, Troodon, Tusoteuthis, Pegomastax, and the Therizinosaurus. Not to mention an extra special surprise, allowing survivors to truly enjoy every passing moment, and make them even more beautiful and memorable than ever before: a camera item used to take in-game photographs, which can then be applied to the in-game Painting Canvas! Tek Tier Phase 1 will now make its debut in January's ARK v254, which will be previewed in-depth with additional items at the start of the new year, more details can be found here! 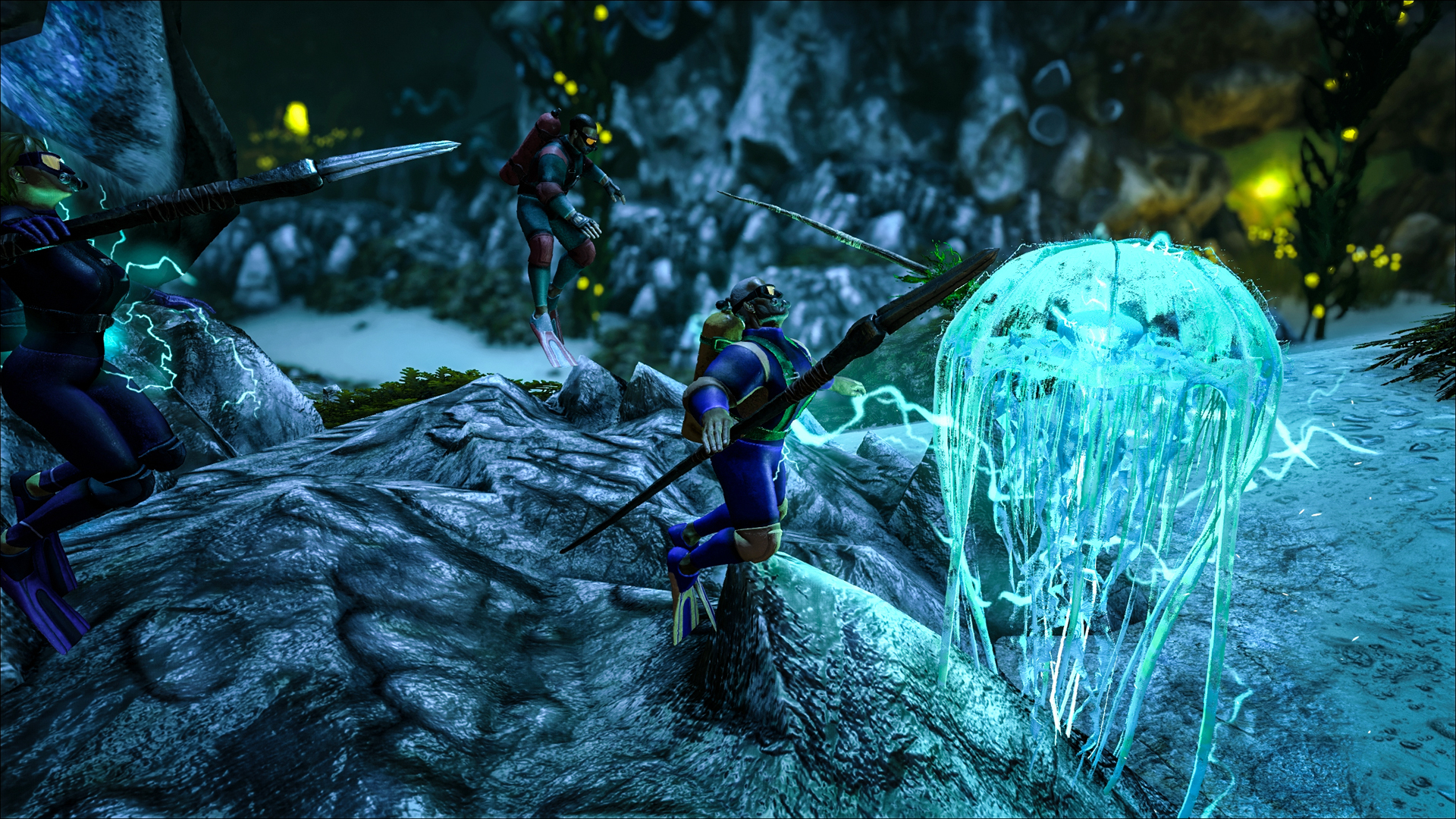 Cnidaria Omnimorph, a combination of everything good and bad about various species of Jellyfish, the Cnidaria is too simple to tame or train, but tribes keep schools of them around for their bioluminescence and their ability to sting. Containing them in pools around a camp is a great way to make a barrier of swimming, stinging security that also illuminates the night. They also drop a special biotoxin which can be used to create shockingly powerful torpor darts. 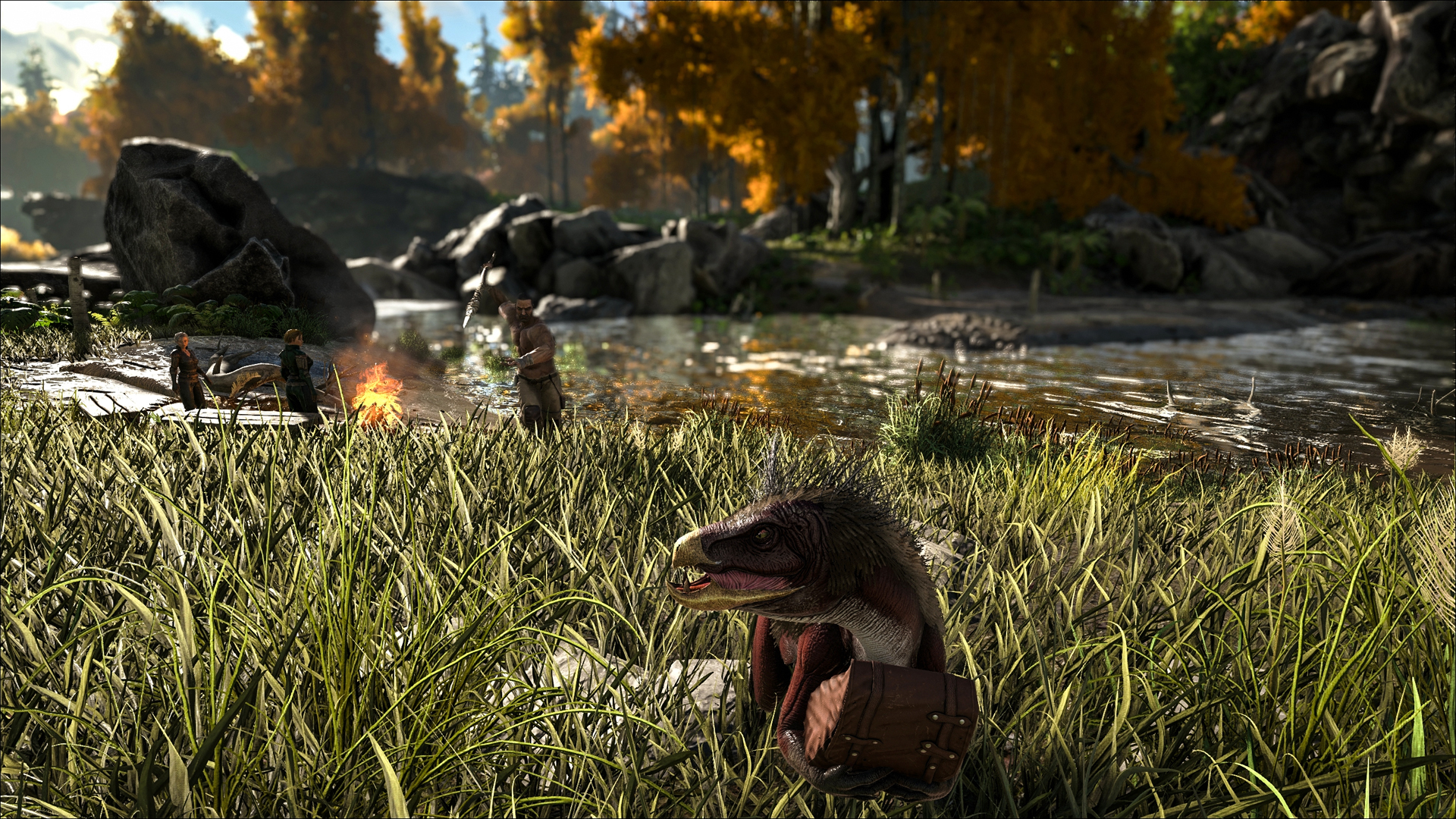 Pegomastax Fructarator, a relatively harmless herbivore who prefers to live alone and gorges on just about any plants it can find. Far from the definition of "pretty", Pegomastax features a nasty looking beak (with tusks for extra effect!) and feathers, making him a unique sight on the island. Some tribes keep a few Pegomastax around, as they are excellent scavengers, and are notoriously known for their thieving ability. 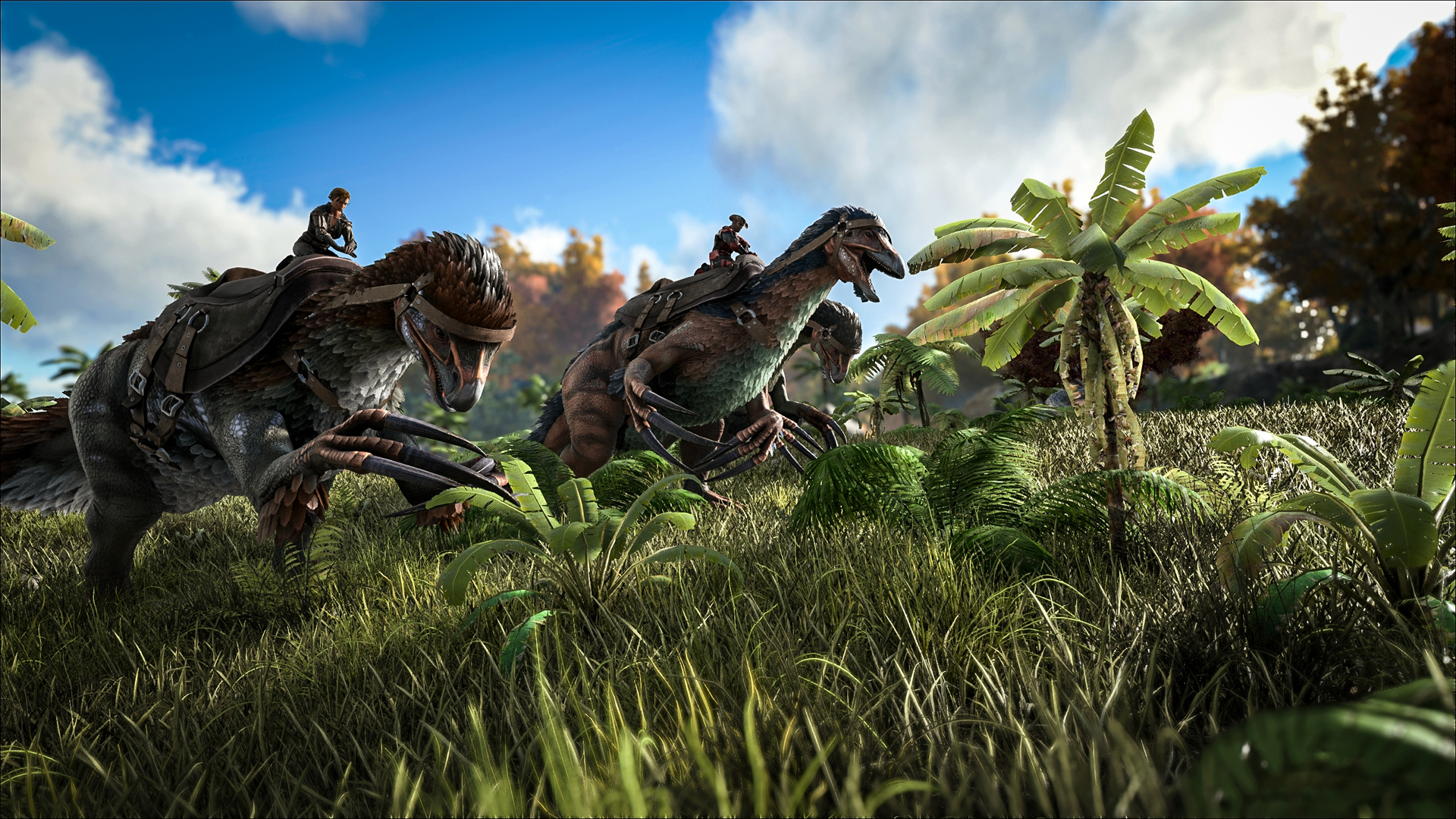 Therizinosaurus Multiensis, is one of the strangest dinosaurs on the islands. Built like a T-Rex, this herbivore possesses great harvesting abilities. Its claws allow it to perform both brute-force or delicate actions; from taking down enemies (though it would prefer to just leave them alone) to plucking leaves from a particularly tasty bush. Because of this ability, Therizinosaurus are always handy to have around for harvesting specific resources, or, when needed, decimating enemies in combat. 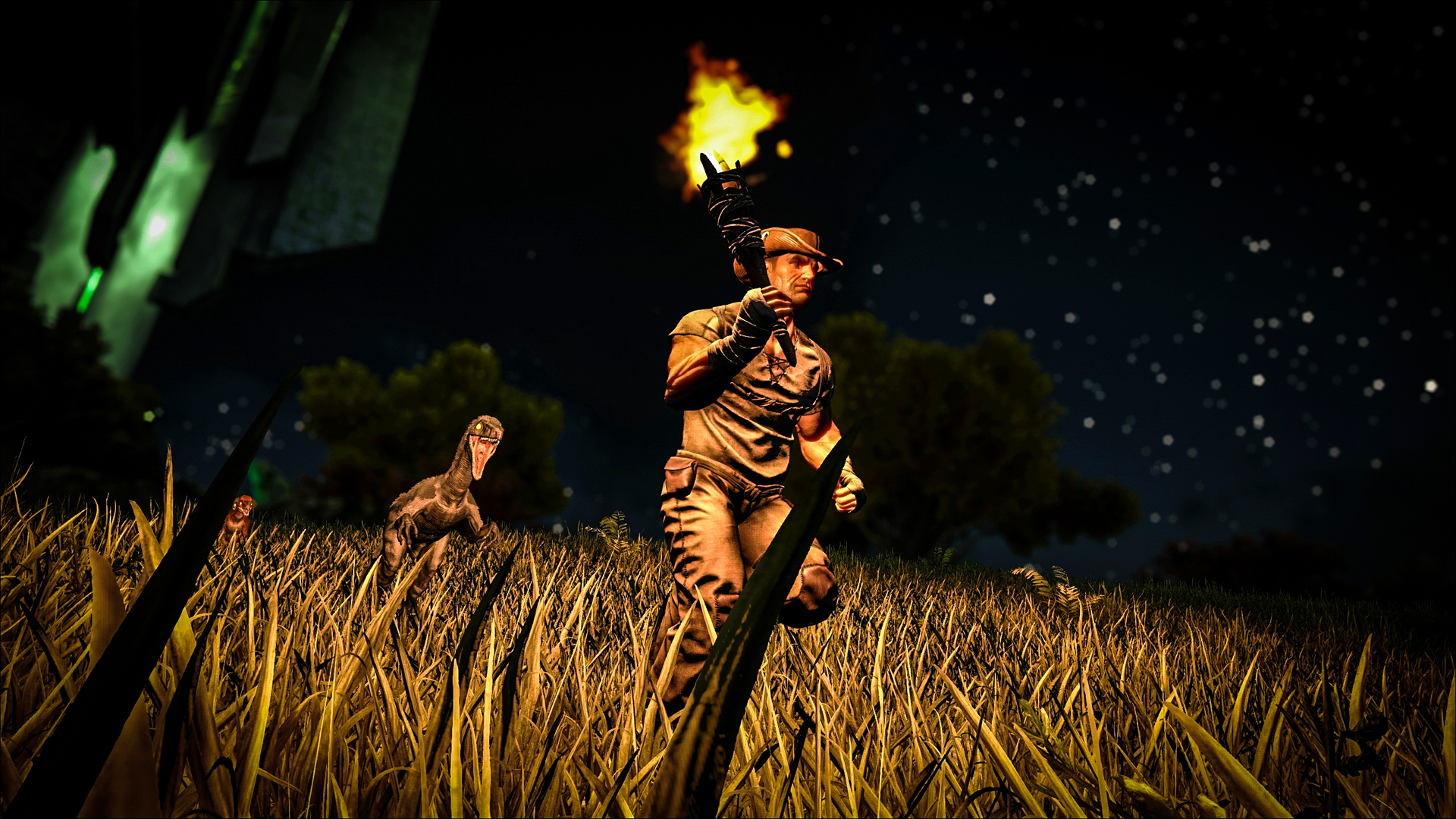 Troodon Magnanimus, outside of human beings, the Troodon might just be the cleverest creature on the island. You don't "tame" a Troodon, you earn its loyalty through its social nature and love of the hunt. Their ability to scout is second to none, and often you will see tribes adventuring out with Troodon, as they are often considered a smaller relative of the island's Raptors, but arguably no less dangerous, especially because of their love of the hunt. 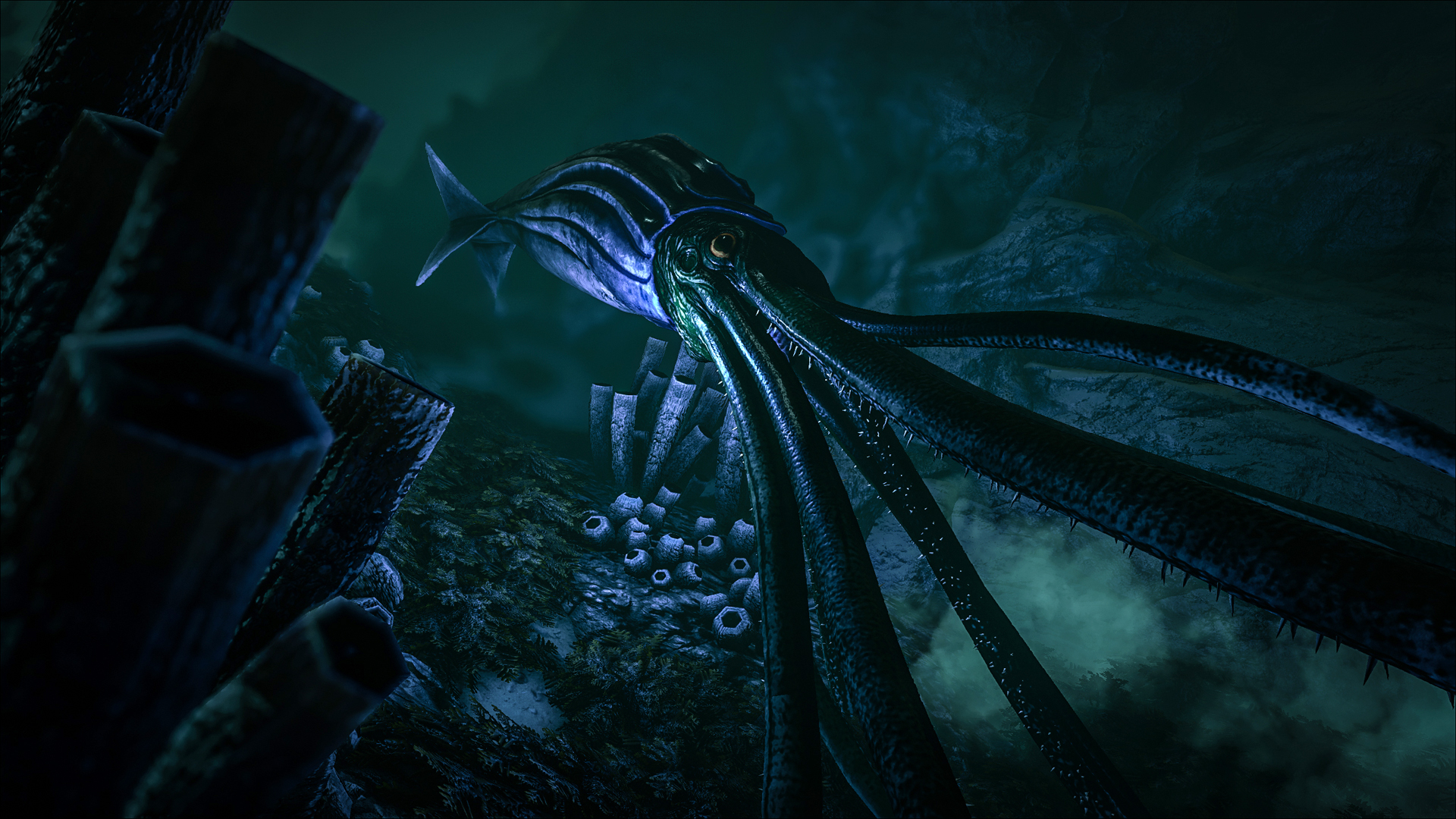 Tusoteuthis Vampyrus, a monstrous relative of the vampire squid, Tusoteuthis bears a closer resemblance to giant squids. It may be slow, but the aquatic Tusoteuthis is a horrific threat to anyone who dares get too close, using its tentacles to first grab, then crush...and then syphon the blood out of, its hapless victims. Tribes will sometimes tame this nightmare of the deep in order to extract its unique ink, which contains oils that can be processed into fuels. 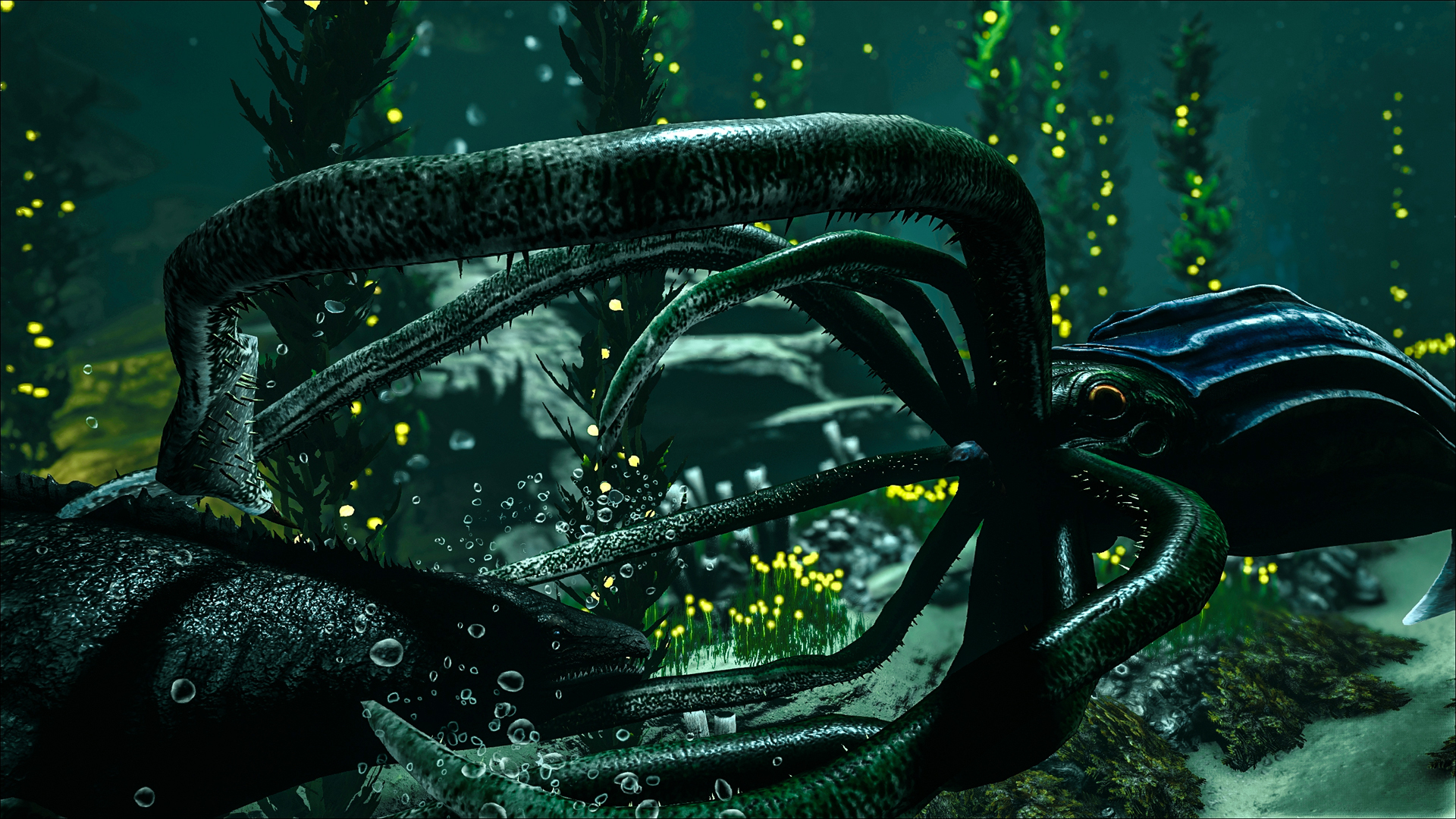 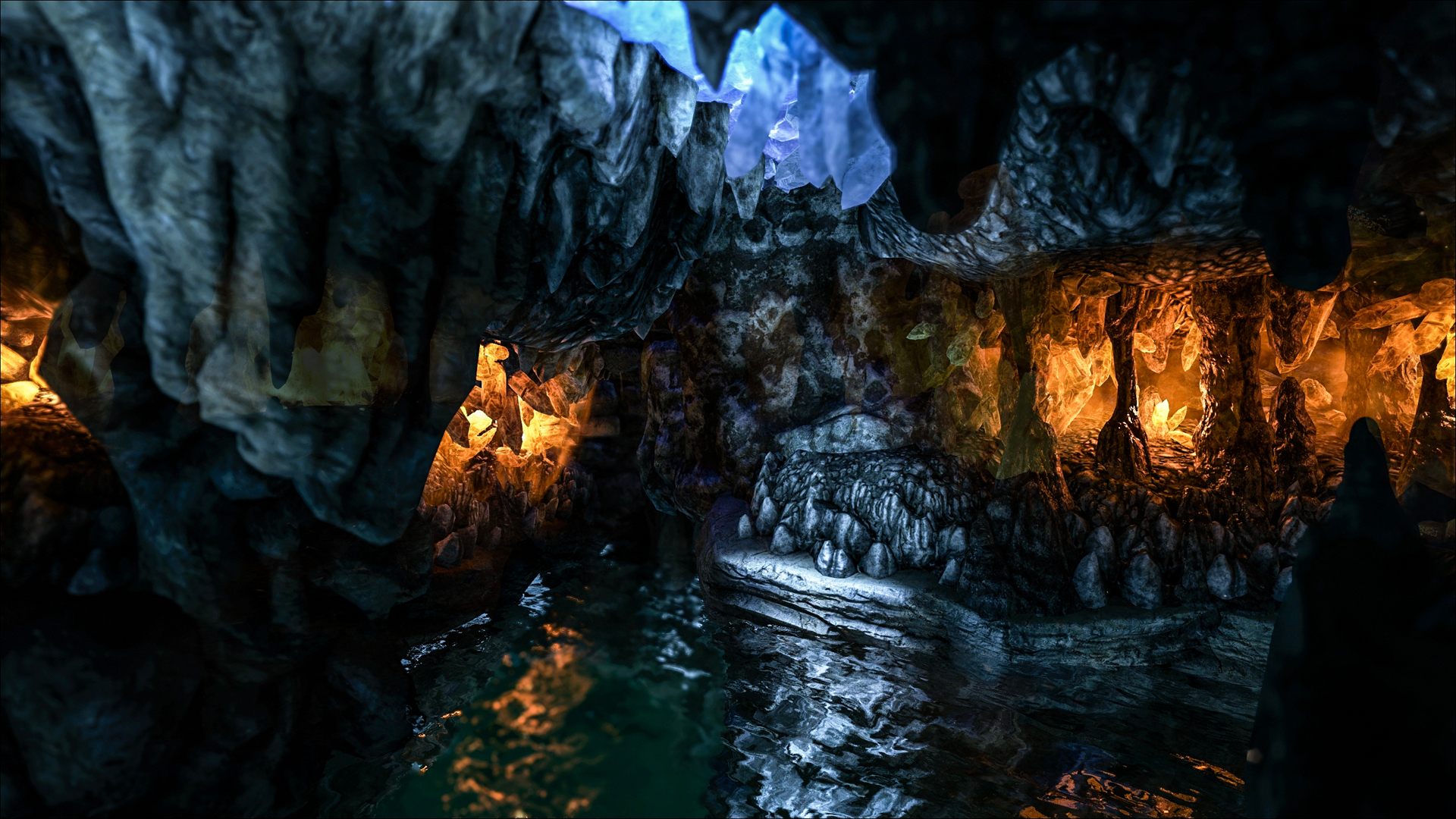 Intrepid survivors will want to suit up and explore these new depths to uncover high-end loot, fight the terrifying creatures, discover two brand new artifacts, as well as uncover the mysteries of the ARK. 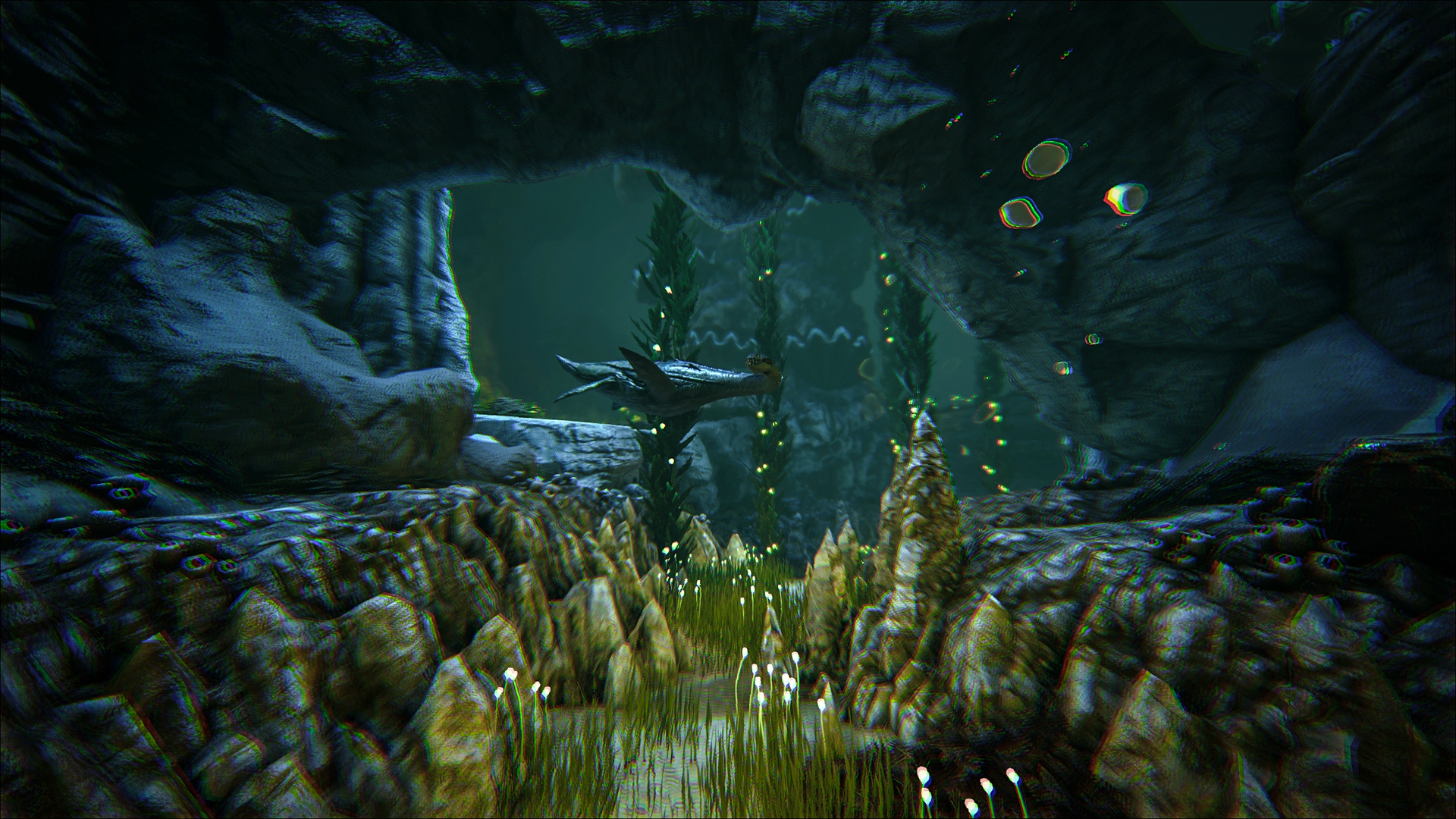 And for those of you who want to relive the experience, but not take the plunge themselves - you can! With a brand new camera! Survivors can snap pictures of their adventures, and instantly paint them on a canvas, reliving the memory whenever they so choose! 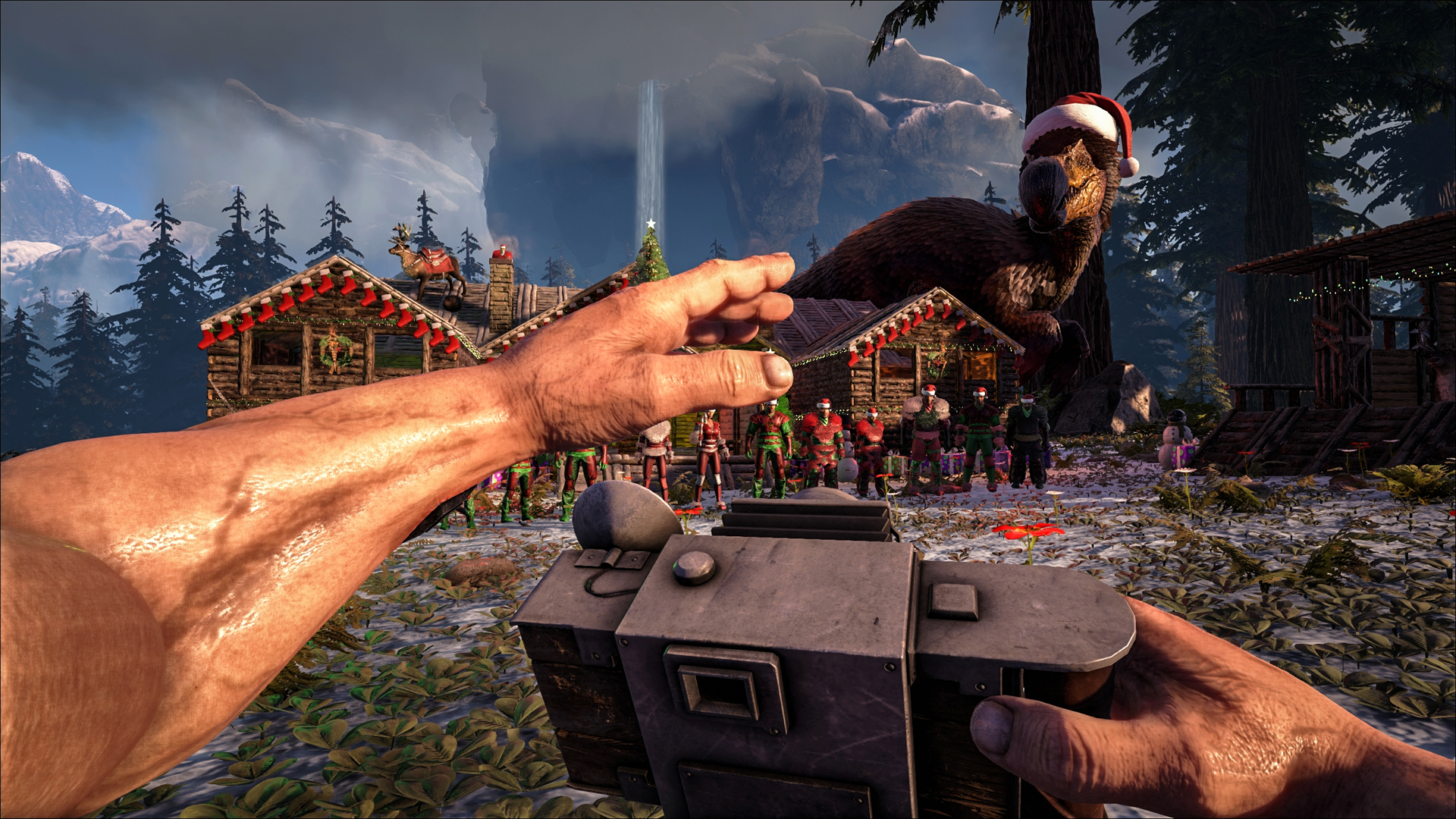 Patch 253 also includes; additional network performance gains, various new ARK DevKit features and hooks, and BattlEye has been enabled by default for Dedicated Servers (use -NoBattlEye to run without!)

ARK Winter Steam Sale!
The Steam's Winter sale is now live which means ARK: Survival Evolved can be tamed on PC/Mac/Linux for a 60% discount and the Scorched Earth Expansion Pack is also available at 33% off! Or introduce someone new to the game, this holiday season by gifting them the Survivor's Pack Bundle!

We hope you enjoy this latest update, and from everyone at the Wildcard Team, we wish you Happy Holidays, and keep on Surviving!