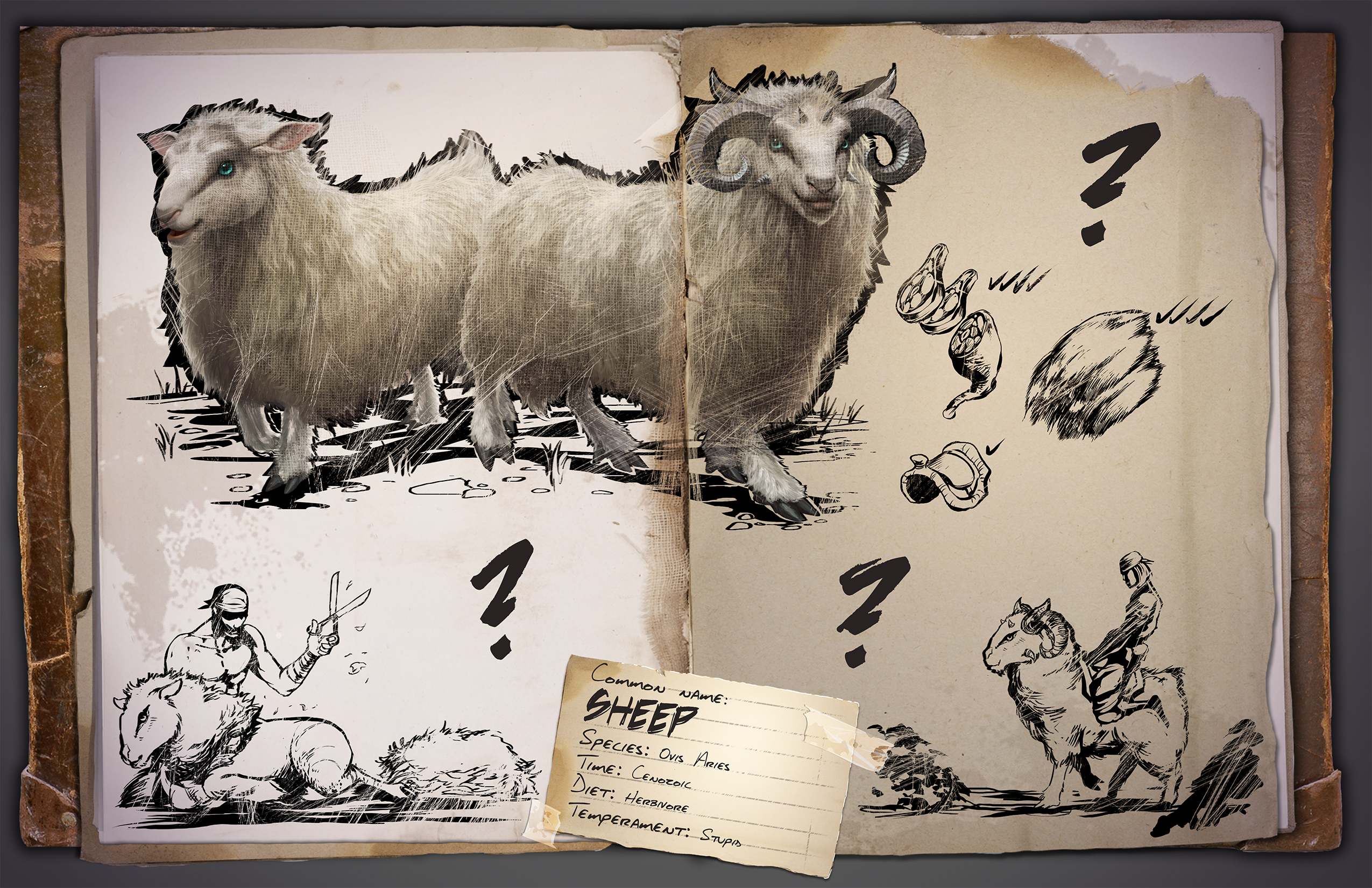 A new Dino Dossier has been revealed, this one is everyone’s favourite fluffy farmyard friend, the Sheep!

We were encouraged by Valve to rally the Community

A new Dino Dossier has been revealed, this one is everyone’s favourite fluffy farmyard friend, the Sheep!

We were encouraged by Valve to rally the Community to come together and vote in the upcoming Steam Awards. We thought what better way to do this than add a modern-day farmyard animal! In our excitement, Ovis Aries was designed as a celebration of the nomination. We want to make it clear that regardless of whether ARK wins a Steam Award or not, Ovis will be making its debut in the next major ARK version update!

If you hadn’t caught up, ARK has been nominated by the Steam Selection Committee for a Steam Award! We are a finalist in this category;

The “Best Use Of A Farm Animal” Award - Animals are rad and almost any game is better for including them. This game used a farm animal in the best way possible.

We are really honored by the nomination, and are thankful for all the support plus ARK’s recognition in this category. Whilst ARK’s animals may be non-traditional in modern farming, some have held such roles in the past, and ARK contains a variety of animal farming mechanics: such as wild animal taming, breeding, slaughtering/harvesting of animals, workhorse animals (for resource/crop farming), and of course who can forget working with animal byproducts (manure, milk, and other substances).

Here’s how things are coming along with the Ovis, more will be revealed on Thursday :)

So if you would like to show your support for ARK, if not for your tames: mobilize your Tribe to help win the Steam Award and head on over to http://store.steampowered.com/SteamAwards/ on Thursday the 29th of December and vote! We truly appreciate all the support and are very grateful for each and every vote.

Thank you and happy shearing in ARK v254:)