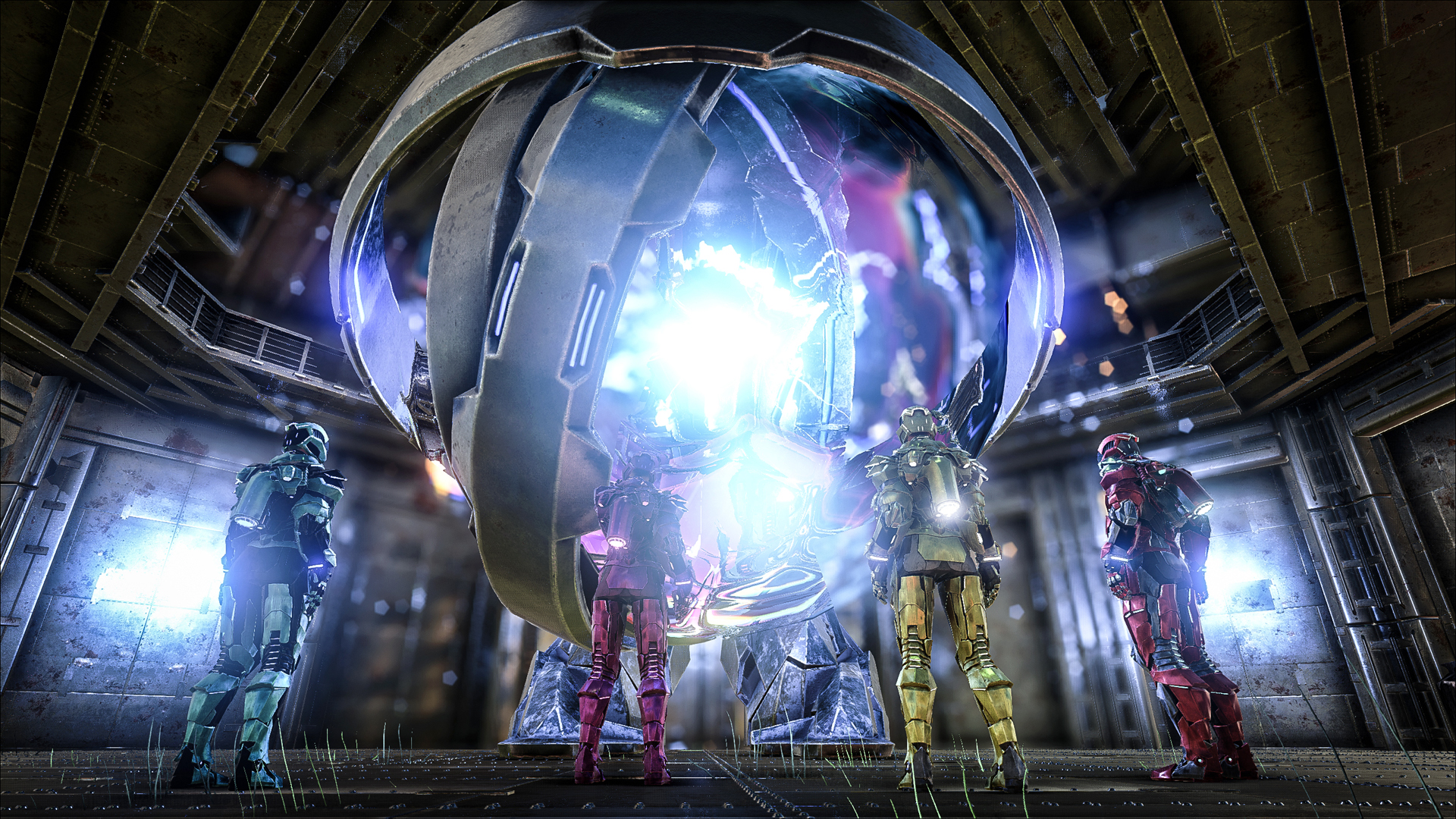 The Final Stretch Survivors! Patch 254 is a tech-focused patch introducing new armour, structures, game mechanics, and for new friends will be available to discover, tame,

The Final Stretch Survivors! Patch 254 is a tech-focused patch introducing new armour, structures, game mechanics, and for new friends will be available to discover, tame, and train as Survivors make their way towards defeating the Ultimate Lifeform. We are excited to introduce TEK Tier Phase 1, Hairstyles & Facial Hair, Jousting, the fluffy Ovis, the piscivorous Baryonyx, the beloved Basilosaurus, and the pouncing Purlovia!

TEK Tier is the end-game technology tier in our crafting system and as of Patch 254, players will be able to get their first taste of the content. As we progress towards release, we will be introducing more features and structures based around TEK. This update is our introductory phase and includes a power armour set, the TEK Replicator, used for crafting and the TEK Transmitter, used for the CrossARK System. 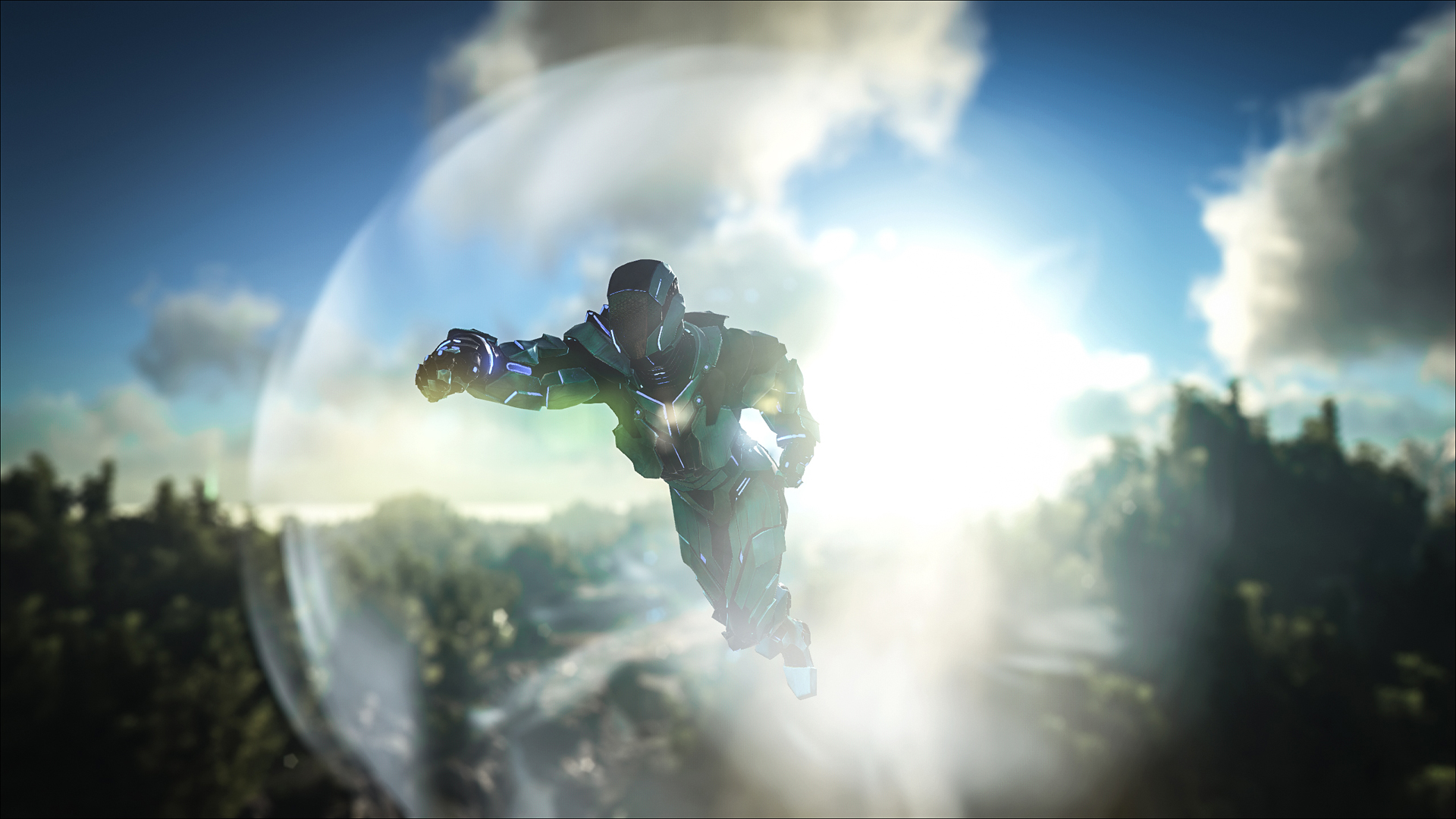 TEK Tier earned & powered by defeating Bosses and collecting their Element will put players in power armour granting them advanced abilities, and add powerful TEK Saddles with mounted energy weapons to the capabilities of some of their favourite dinos, including your favourite apex predator, the T-Rex! 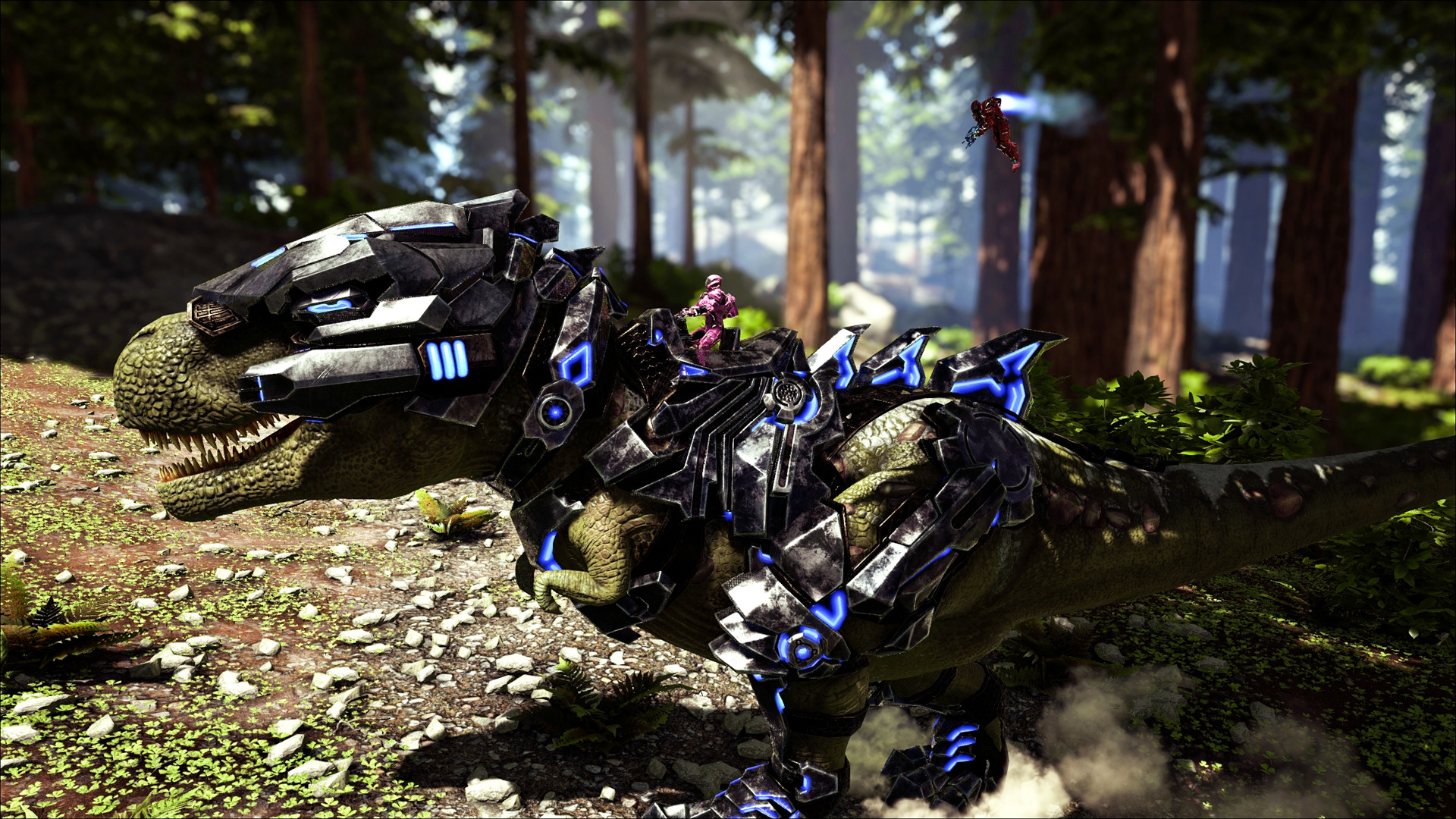 Players will be able to use the TEK armour to evolve their abilities, from how they fight and travel! With many more additional features and structures to come! It should be noted that we will still be adding in technology and structures to other tech-tiers of the game throughout development! 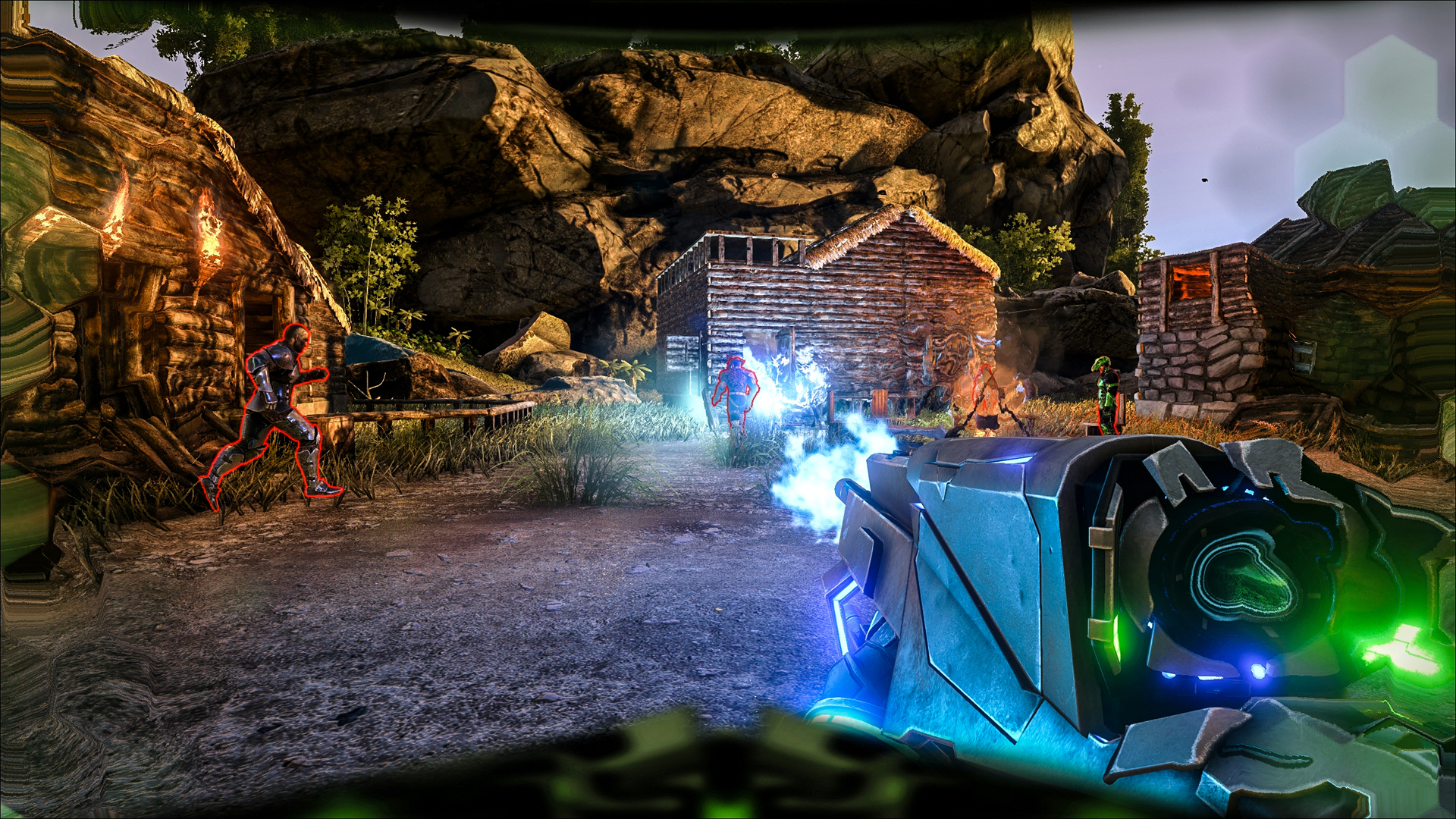 Another long awaited feature for ARK will be making its debut today. We want to provide the opportunity to allow players to express themselves through their character design as much as possible! 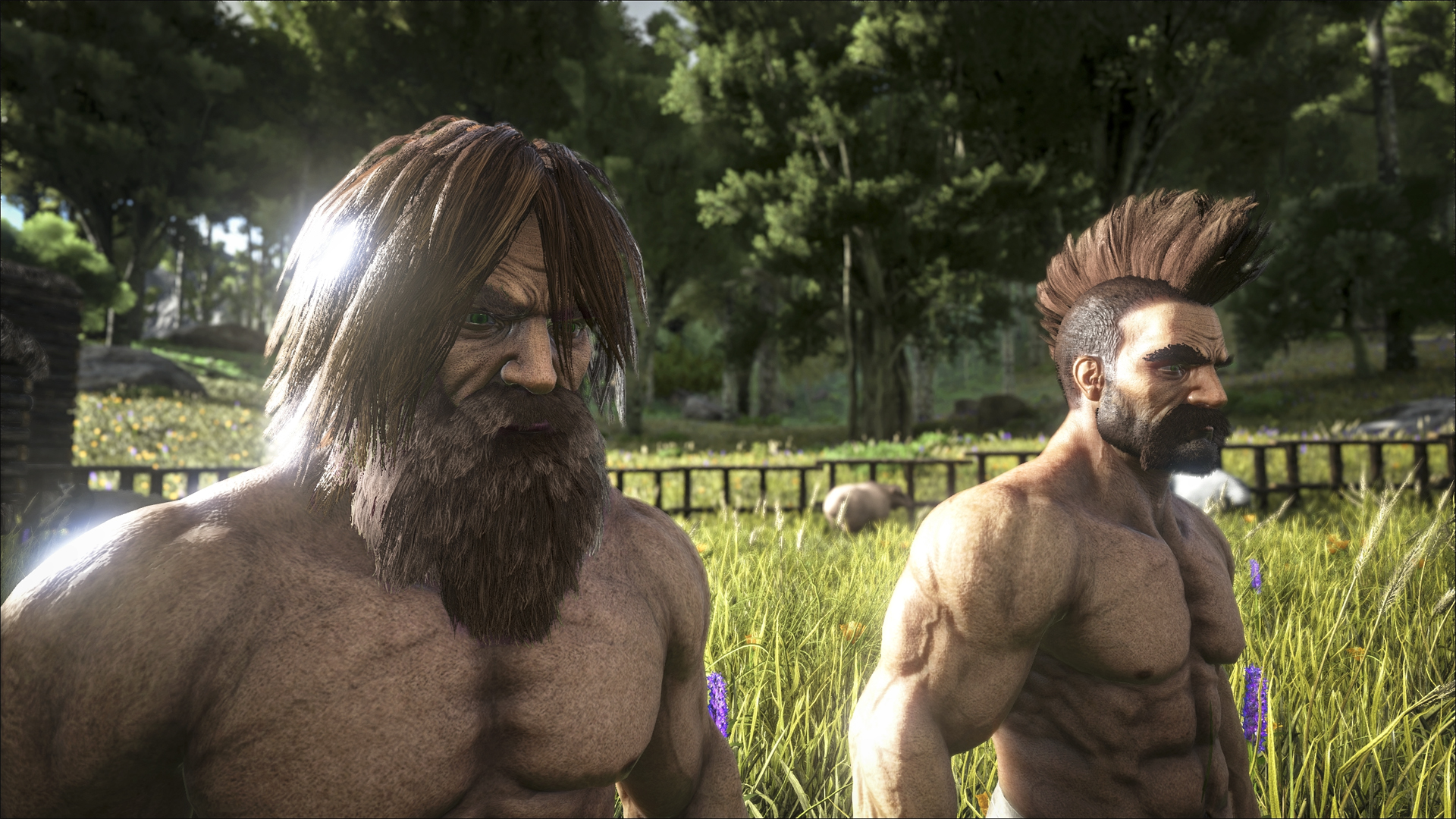 As characters play on their ARKs their hair and facial hair will begin to grow over time. Using scissors, and the hairstyling knowledge they have acquired through playing the game they'll be able to dye, cut, trim and style to the appearance that they prefer! Over time we'll be introducing more hairstyles and facial hair options, as well as looking into further ways that players will be able to discover their style!

Patch 254 also includes a menagerie of new creatures for Survivors to get a hold of! 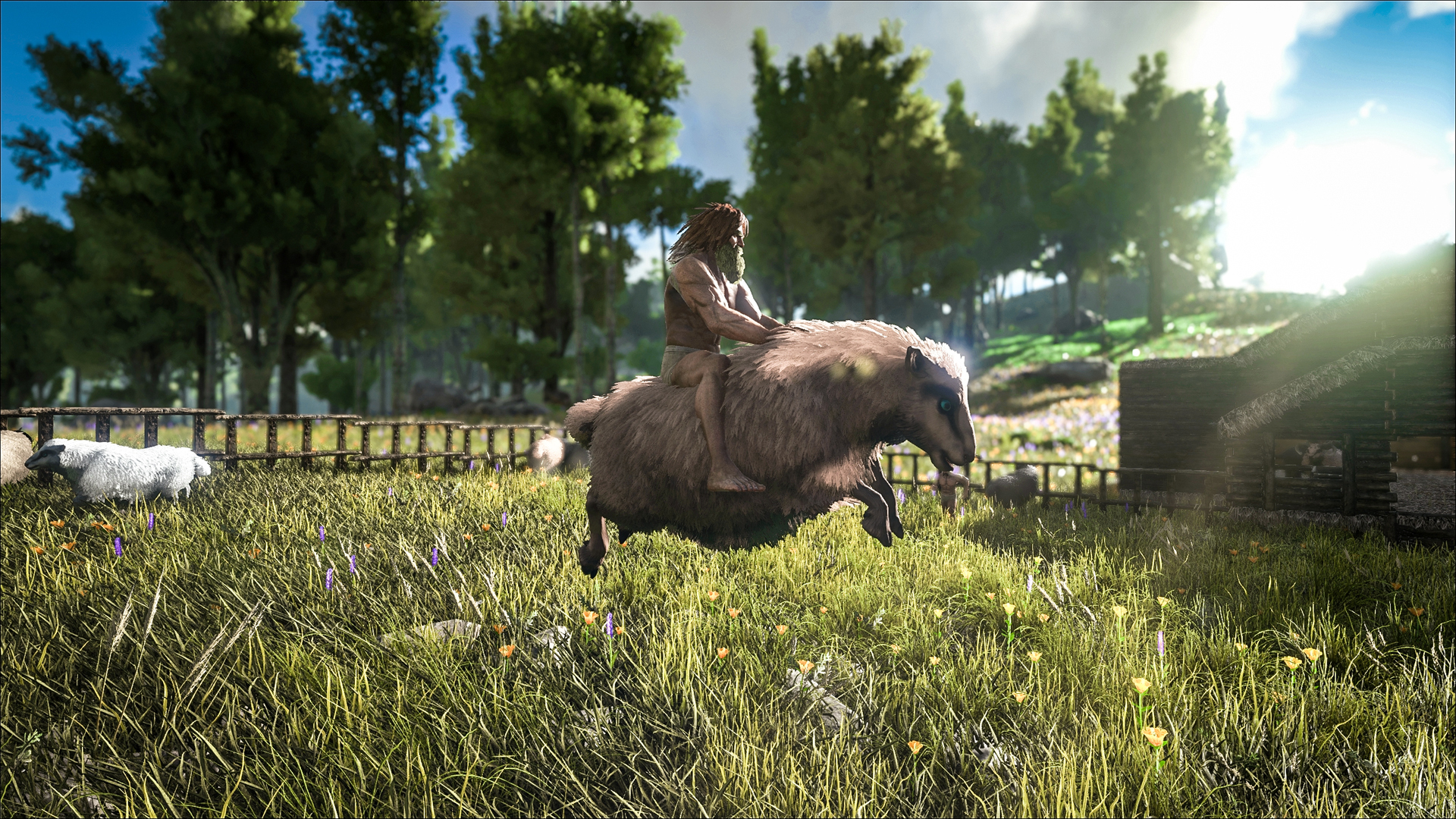 Ovis Aries, our favourite farmyard animal! Ovis stands little chance against the Island's many predators, its continued survival in the face of these severe challenges in a mystery to all. Survivors have found herds of Ovis to be useful in farm life. Their thick wool can be repeatedly sheared with the proper tools, and after raised they are often slaughtered for their mutton which is used to cook lamb chops. Despite their vulnerabilities, some survivors have humorously attempted to utilise Ovis as a mount, since it can clamber up steeper inclines than many other animals. 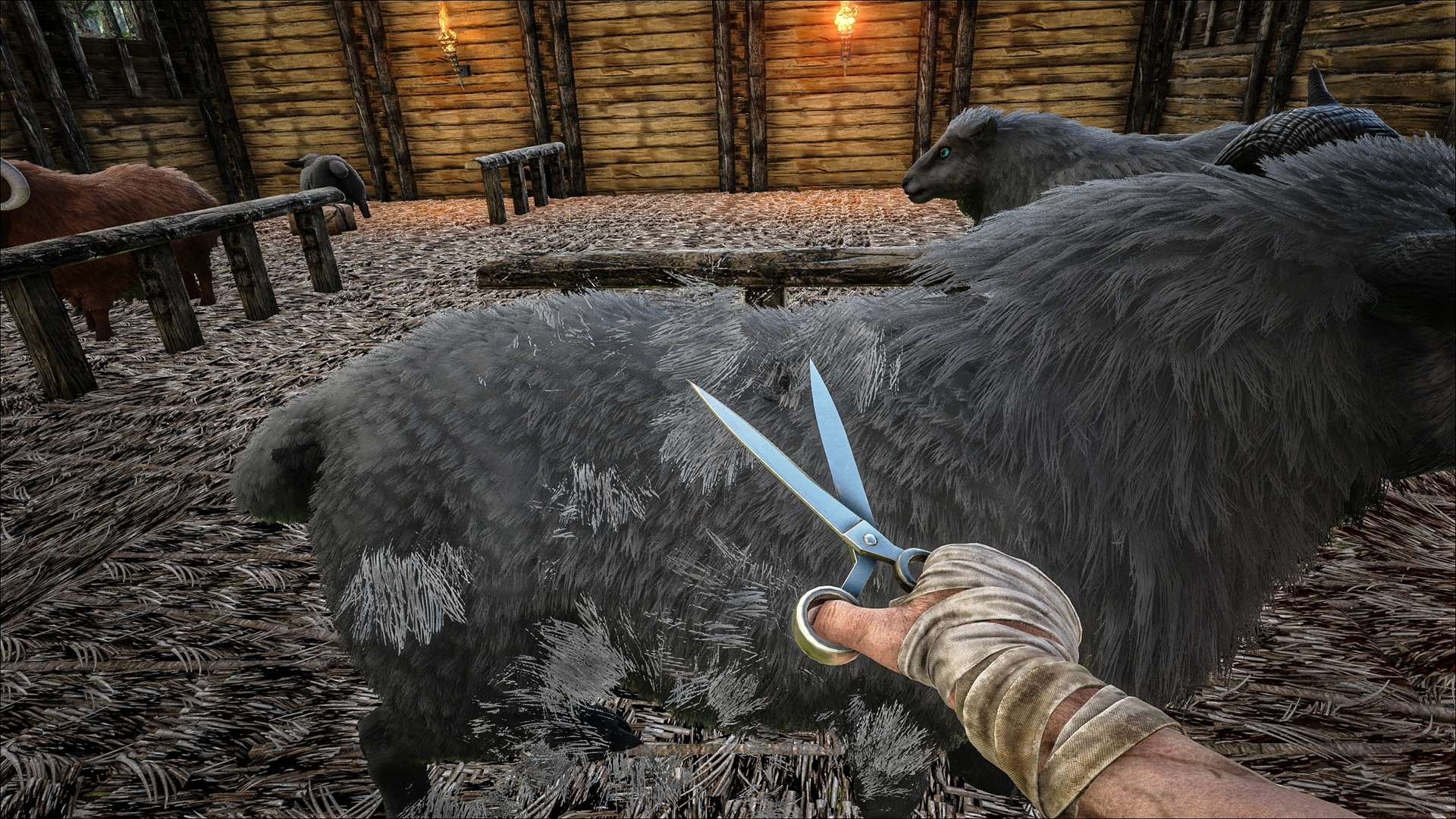 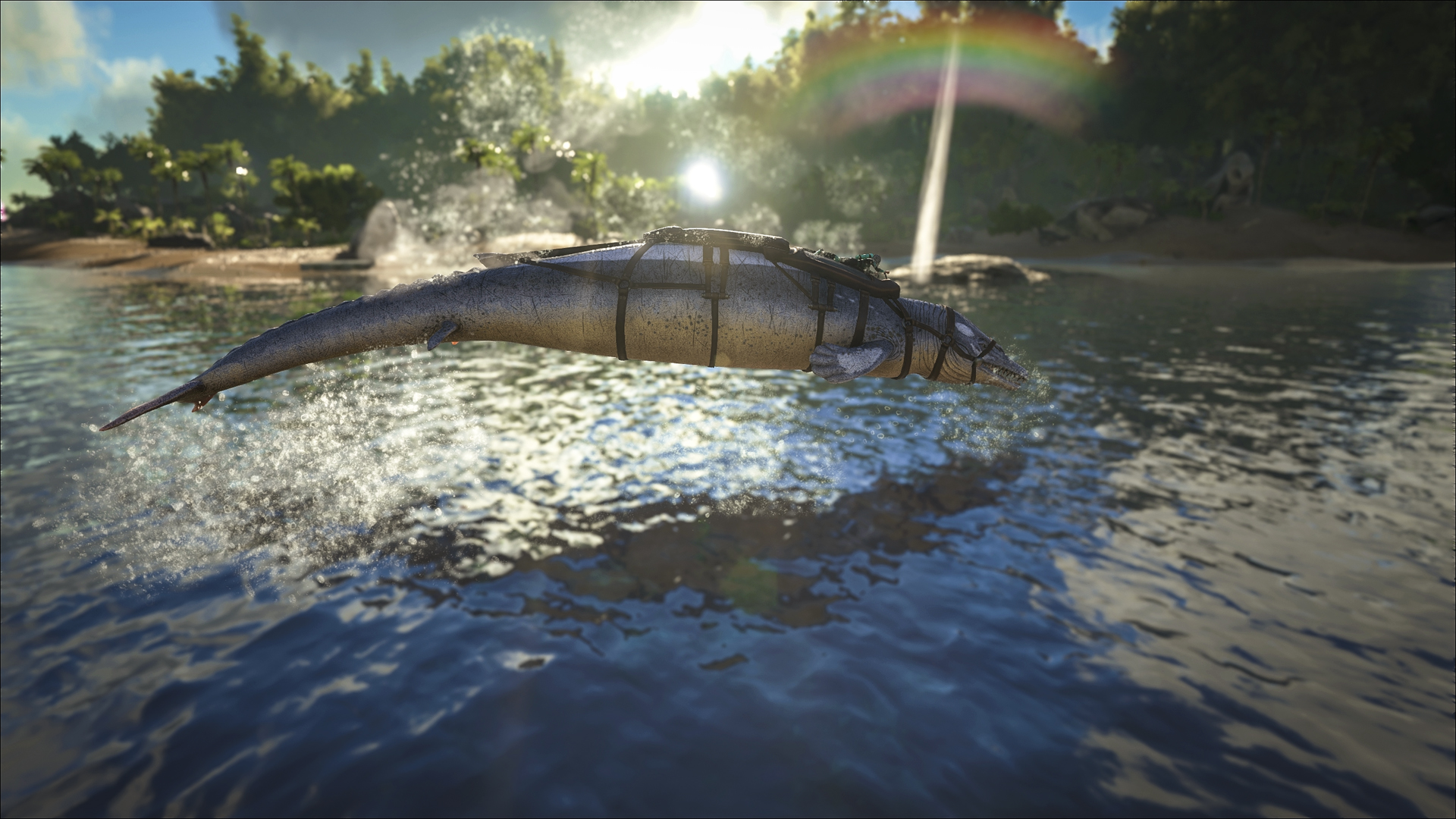 Basilosaurus Solatiumfecit, one of the strangest creatures surrounding the island. It has proven to be a very powerful swimmer which has adapted to shallow waters quite remarkably, such that it will rapidly recover from injuries when near the water's surface. The creature is usually followed around by other predatory creatures, as its eating habit leaves scraps for scavengers to consume. Its blubber is found to be incredibly greasy so survivors often slaughter the Basilosaurus for oil.

Purlovia Maxima, the carnivore which perfectly embodies the element of surprise. An incredibly patient hunter, used by tribes in staging an ambush or as a village guardian. With tamed packs of Purlovia, survivors have often assembled a minefield of deadly claws and teeth, ready to pounce their enemies and prey. 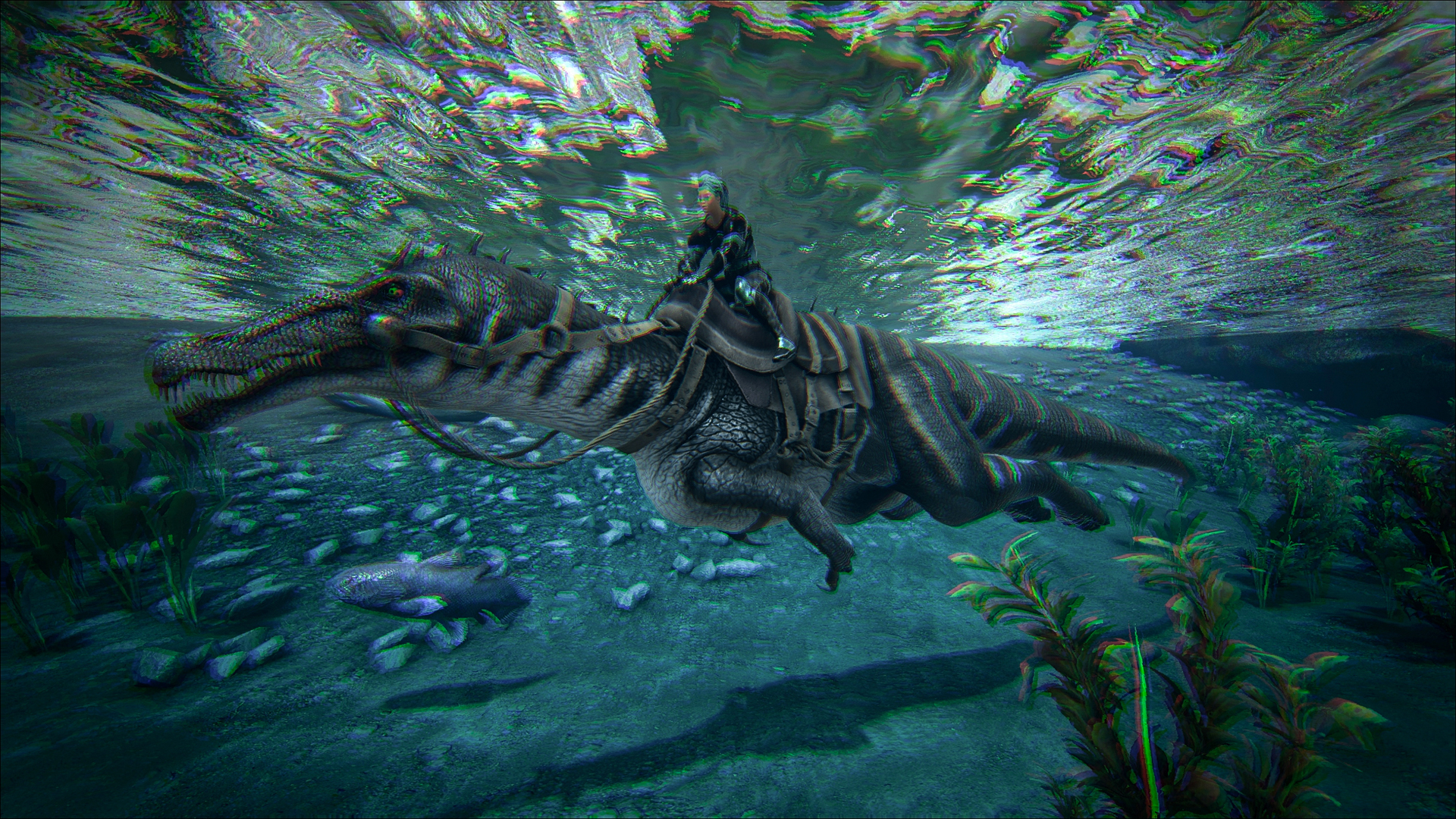 Baryonyx Aquafulgur, one of the smaller of the large predators. The Baryonyx is an extremely fast swimmer who is still nimble enough to threaten most creatures on the island. Baryonyx makes an ideal choice for anyone interested in frequently moving between water and land travel with ease and valuing speed and agility over raw strength. The highly specific metabolism of Baryonyx seems to allow it to heal wounds almost preternaturally fast after feeding on nutritious fish meat. 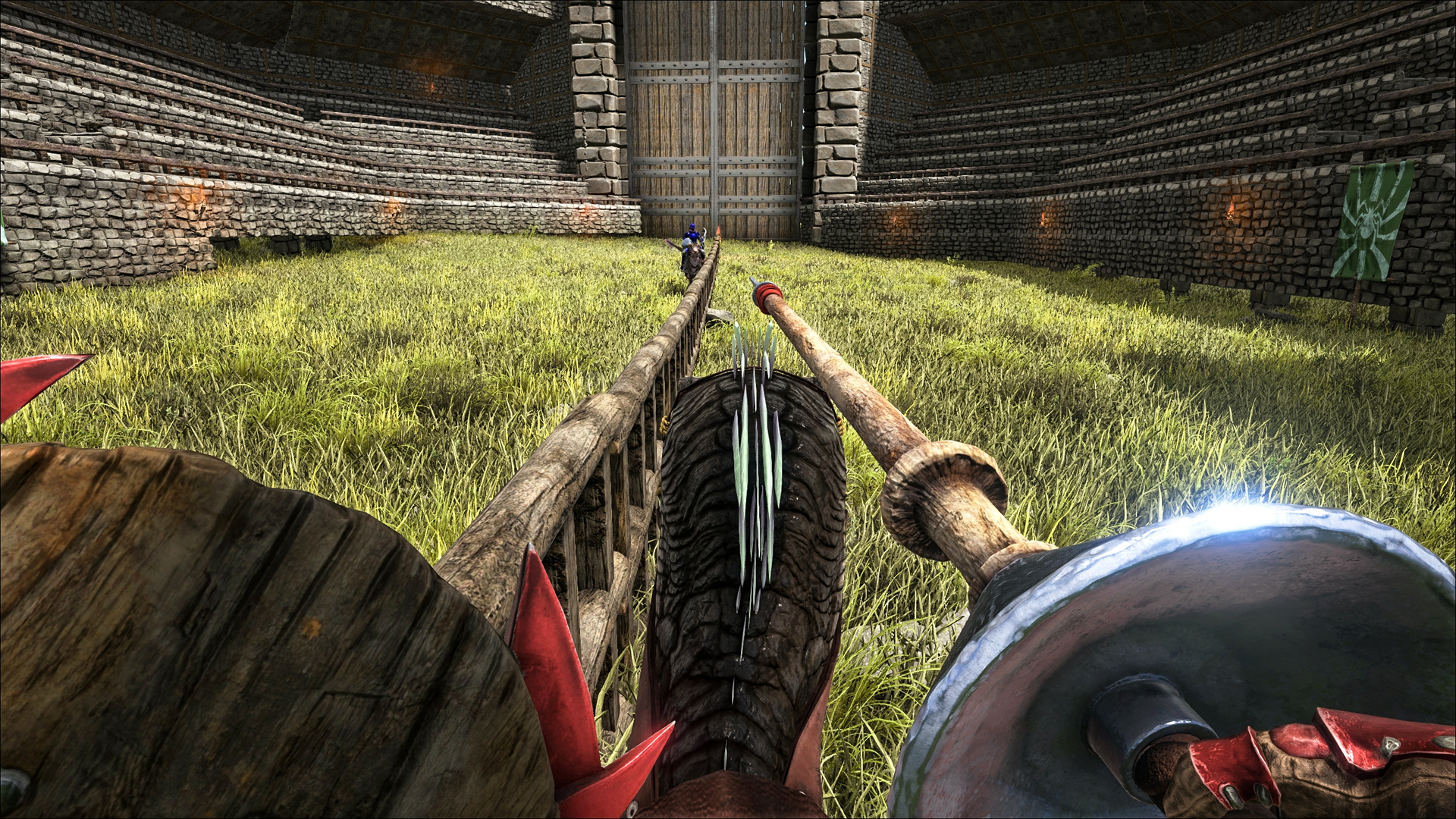 Patch 254 also introduces the highly-requested weapon, the Lance and the ability for survivors to joust one another. Ride to your nearest stadium, and compete head to head with other Survivors! Jousting requires a certain amount of skill from survivors, as the weight of the lance has made it difficult for ungifted riders to correctly control their mount, however with the right amount of practice it has proven to be a great tool to knock other survivors off of their tames!

Not to mention a number of QOL changes (Pressing the [TAB] key to switch between chat channels, and directionally jumping off your mounts plus more!) and bug fixes (Fixes to how players seep through geometry, the infamous Allosaurus 'raiding' bug, and more!) You can check out the entire patch notes here:

We are planning to release the patch today at 20:00 EST!
There's not long to go! Plus in the meantime we've also put up the notes for our next upcoming patch which you can read about here:

ARK TEK Sale!
To celebrate the release of TEK Tier Phase 1 and reaching a new milestone in ARK's development, the core game and Scorched Earth are both available at their largest discounts ever!

And for new players, purchasing at a bundle yields an additional 15% off!

Thanks, Survivors! We hope you enjoy the update! ;)